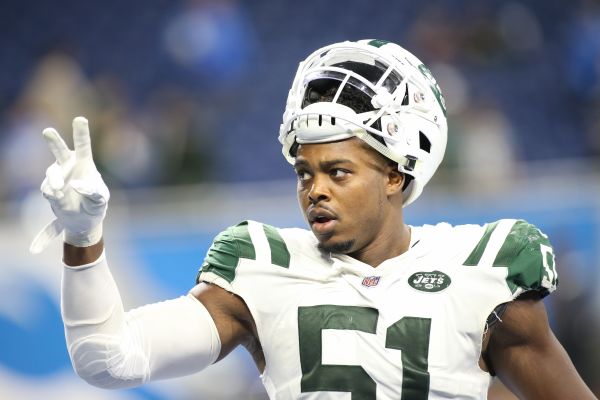 We hear stories all the time about pro athletes losing tens of millions of dollars that they have made during their careers. Therefore, it’s always interesting to hear about an athlete who understands how to manage his finances.

New York Jets linebacker Brandon Copeland is one such player, and it is his knowledge of the real estate market that has helped set him up for life after football. Copeland was not a player who entered the NFL with high expectations or one of the huge contracts that come with being a premier player. While the 6-foot-3, 263-pounder certainly has the size to play as an outside linebacker/defensive end hybrid in the league, the perceived lack of competition that he faced while playing at Penn saw Copeland go undrafted in the 2013 NFL Draft.

After initially spending time on the practice squad of the Baltimore Ravens, Copeland landed a job with the Detroit Lions in 2015, before moving on to the Jets for the 2018 season. All that bouncing around is part of what makes real estate investing so appealing to Ivy Leaguers.

Copeland’s collegiate experience was one that seems to have set him up well to avoid the money pitfalls of most athletes. The Wharton School graduate spent a pair of summers while in school interning at an investment bank. He also spent his 2017 off-season working on Wall Street. All of those moves were made so that Brandon Copeland could learn more about investing, real estate, and how to use the money to make money.

It is real estate that is one of Brandon Copeland’s key focus areas when it comes to saving and investing. He opened a company in the real estate sector with his wife in 2018, a decision they came to together after spending time and energy flipping houses for a profit. By expanding that hobby into a company, Brandon Copeland is able to take care of all aspects of house buying, selling, renovating, and flipping.

Despite his money smarts, it is actually some of Copeland’s relative failures that have pushed him to where he is today. A number of money mistakes in his early 20s, mistakes he shared with a teammate with the same issues, have seen the linebacker go back to the classroom to teach a class called Life 101 to students. His class details how he lives on 10 to 15 percent of his NFL salary, with the rest of his money going into long-term investments like real estate.

While we may not all have the disposable income of an NFL player, we can all learn something from Brandon Copeland and his journey. Invest smartly now, using long-term strategies, to live better in the future.