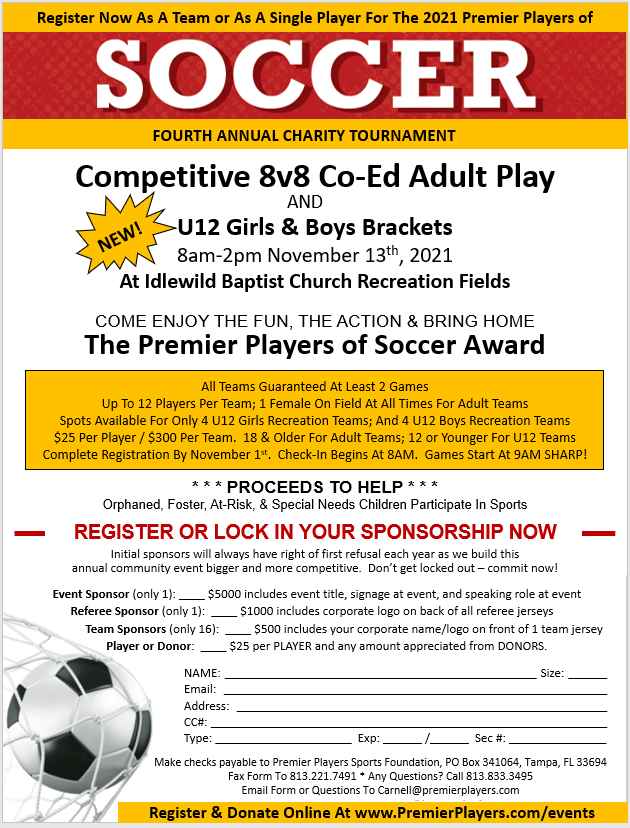 Stewart Skipper put together a championship team in 2019. Wearing the Mobley Homes jersey, his team went undefeated through the Premier Players of Soccer charity tournament in Tampa, FL. In 2020, a lot changed, and Stewart needed our help.

Lori Skipper, his wife, was diagnosed with terminal brain and spinal cancer. Stewart had stepped away from his job to care for her as the once-promising attorney, and marathon runner could no longer walk, hear, or speak. The couple was also the parents of two beautiful children – a five-year-old son and an 18-month old daughter.

Holding up the Premier Players of Soccer Trophy below, Stewart brought his Live Like Lori team back in the Mobley Homes jersey to repeat as tournament champions. As usual, proceeds from our event goes to help kids participate in sports, but it also supported The Skipper Family with meals and other expenses. Congrats to the Live Like Lori team and continued prayers for The Skipper Family. (Lori died Jan. 19, 2021) 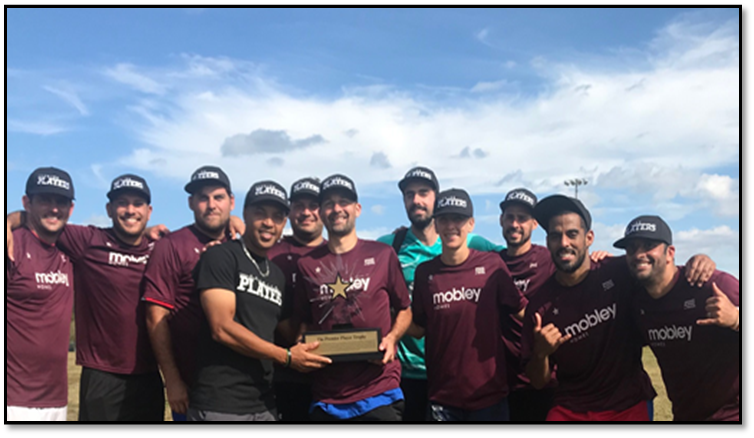