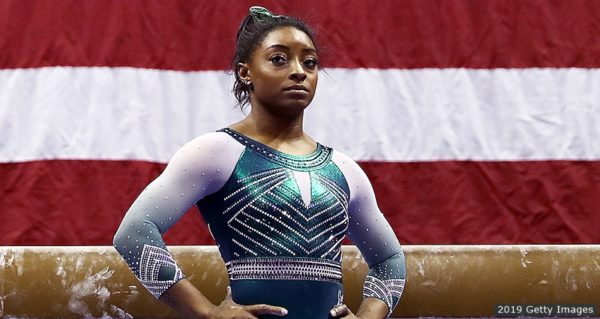 If Simone Biles retired today would she do so as the best athlete of all time?

It is a question that most wouldn’t even consider, but Biles’ name should be up there with the likes of Michael Jordan, Tiger Woods, Tom Brady, and anyone else who is deemed to be at the top of the list not only their sport, but in all of sports.

Biles problem in this argument is her lack of visibility. As a female gymnast, she dominates in a sport that is only visible to the larger American population, let alone the broader world population, every four years. When the Olympic Games are in full swing, then women’s gymnastics is popular. As soon as the Olympics finish, however, Biles is back to performing her craft well out of the media bubble.

Looking objectively at her career though, you can certainly make a case that Biles is the most dominant athlete of her time.

Being one of the premier athletes in gymnastics for any length of time is undoubtedly tough. It is a sport that chews up and spits out its athletes quicker than almost any other, with the need for a combination of strength and flexibility being practically impossible to maintain as age takes over.

Biles is the exception to this rule. She claimed her sixth all-around title at the 2019 US Gymnastics Championships in Kansas City, wrecking the rest of the field by five points in a sport that is almost always decided by decimal figures. Biles doesn’t just have one or two events she excels in and then holds on through the rest, she is legitimately dominant in all aspects of a sport where each routine – from floor to uneven bars – requires a distinct and unique set of skills.

Biles dominated the 2016 Olympics in Brazil, never giving her competition a chance to even put her under pressure. She is a cool, confident, and highly skilled athlete, one that never seems to get stressed or let the pressure to perform cause her problems in a sport when a slight misstep can mean the difference between a winning routine or low score by the judges.

Biles was asked a simple question on the Today Show by host Natalie Morales in 2018 after she had just won the US Gymnastics Championships that year. The question was, “Are you human?” to which she replied, “I am human, but I get that question all the time.”

That is a question reserved for premier athletes and players that have attained a different level than being a favorite sports star. A tier that is the elite of the elite. Simone Biles has reached that tier and, as she proves consistently, she has no plans to slow down any time soon.