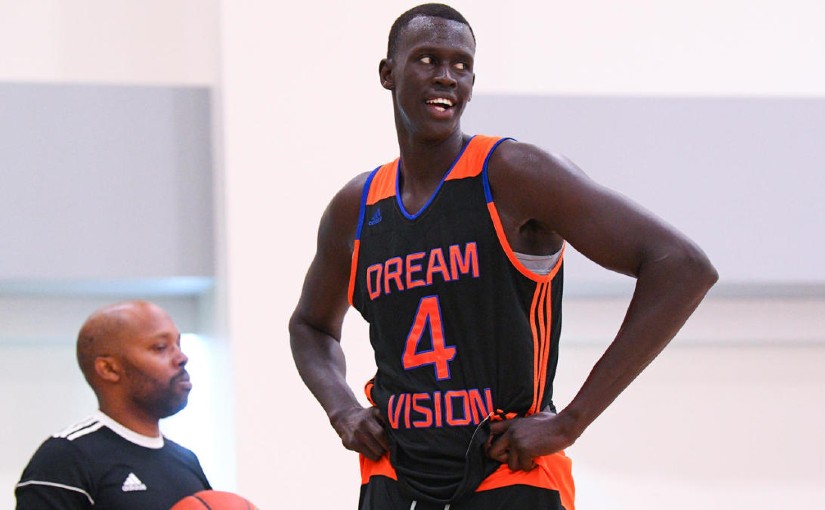 For decades the route to the NBA for premier players in high school basketball has been pretty clear. Attend a blue blood program for as little time as a possible – or skip college entirely if you were a Kobe or a LeBron and were in the era when immediate eligibility was an option – and declare for the draft at the first opportunity.

Recently, however, there has been something of a change in how this process works. It started with high schoolers not interested in attending college using their one-year post-high school and before NBA Draft eligibility to play professionally. This began with players leaving the country – Terrance Ferguson, RJ Hampton and LaMelo Ball all went to Australia – or choosing to simply take a year off and train while knowing that they won’t be hurting their draft stock one bit.

These moves and decisions were ones players chose for themselves and for their own good. There is obviously nothing wrong with that, but earlier this month a 5-star prospect made a college decision that was about so much more than self-interest and improving his draft stock. On Friday, July 3, Makur Maker announced that he was passing on the likes of UCLA, Kansas and Kentucky to attend school at Howard University.

It is hard to put this premier player’s choice of college into any type of recent context. Howard – one of the historically black colleges and universities (HBCU) – does not get commitments from a player of Makur’s talent and potential. The same can be said for any of the HBCUs. A top-50 player committing to play in the MEAC has been unheard of for over half a century and in the times we currently live the choice of Makur to go to Howard couldn’t feel any more culturally significant.

Makur – an athlete who is from South Sudan in Central Africa – said the following in a recent interview published by The Undefeated. “The reason behind my decision? I dare to be different, and I always consider myself to be a leader. I want to change the current culture and climate that has kept five-star athletes like myself from viewing HBCUs as a viable choice. I have no idea why it’s been over 40 years that not even one five-star basketball player in the United States has decided to play basketball at an HBCU. But I do know that, in this Black Lives Matter movement that’s empowered and assembled many different people across the country and the world, that it won’t be another 40 years until it happens again.”

Maker is a legit 7-footer who is the No. 17 overall prospect in the class of 2021 per the 247Sports Composite Rankings. Seeing a player of that level pledge to Howard shook the very foundations of what we know about college basketball – and perhaps even college sports in general – to its core. The next question is if this is a one-off as Maker makes a stand that no other premier players follow, or if it becomes a trend where 4-star and 5-star black athletes choose to spend a year at a HBCU to immerse in cultural diversity and raise the profiles of such schools on a national level.

It will take a few recruiting cycles to see if there is any real change in play here. Maker – as good as he is as a player – is not a significant voice on the AAU circuit that younger players look up to. For that we would turn to class of 2023 prospect Mikey Williams, a player with the world at his feet who is also said to be considering a one year stint at a HBCU before collecting NBA money. The 15-year-old tweeted about attending a HBCU even before Maker took the plunge and his presence on the floor of a HBCU in the winter of 2023 would absolutely mean that the world of college basketball for premier players has taken a sudden and socially significant turn.