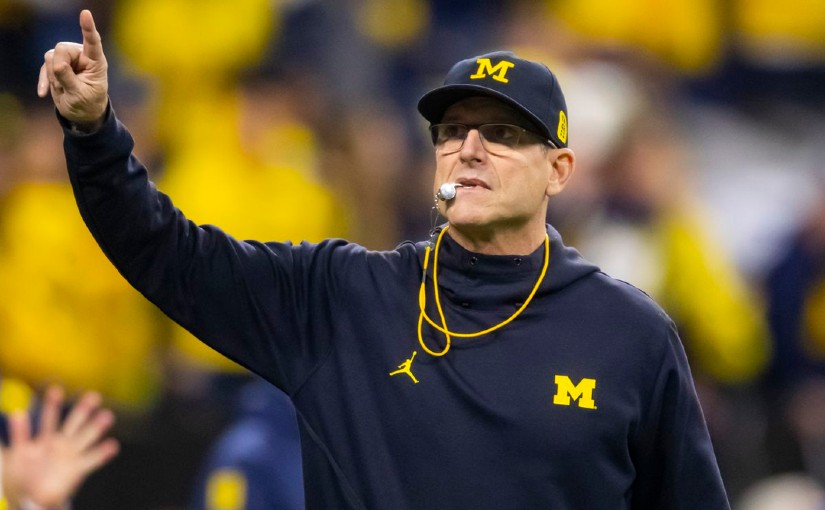 Climbing to the top of the mountain in any college football conference is tough. Doing so in the Big Ten with sharks like The Ohio State Buckeyes, Penn State Nittany Lions, and the Wisconsin Badgers in the water is even tougher. That is what makes Jim Harbaugh’s season with the Michigan Wolverines so special that the fans voted him the 2021 Premier Coach of College Football.

Harbaugh has been at Michigan since the start of the 2015 season. Given how often college coaches are hired and fired this represents serious tenure. After a 2019 season that had a disappointing ending and a pandemic affected the 2020 season, that was about as bad as it could get and Harbaugh knew big things were required in 2021.

Big things like a 12-1 record to win the Big Ten East before taking care of the Iowa Hawkeyes in the Big Ten championship game and claiming the Wolverines first-ever College Football Playoff spot.

Michigan was not expected to be successful this season. The ESPN Football Power Index gave Harbaugh and his team a 2% chance of winning the Big Ten and they started the season unranked. Harbaugh, however, had done some soul searching in the offseason. He brought in an influx of young, hungry coaches to bounce ideas off of and made it a priority to get the Wolverines to work towards the Ohio State game all season long.

The Ohio State game has been an issue for Michigan for years. This year was different. Harbaugh and his Wolverines ended an eight-game skid in the rivalry in resounding fashion as they rolled to a 42-27 win behind a devastating rushing attack. Almost as impressive was the way that Harbaugh was able to keep his team focused the very next week – so hard to do after an emotional win – as Michigan took down a very dangerous Iowa team with complete ease (42-3) in the Big Ten title game.

Michigan proved everyone wrong in 2021 and the journey that Harbaugh took them on through the pain and lows of 2020 to the highs of this season makes him a great choice for the 2021 Premier Coach of College Football Trophy. 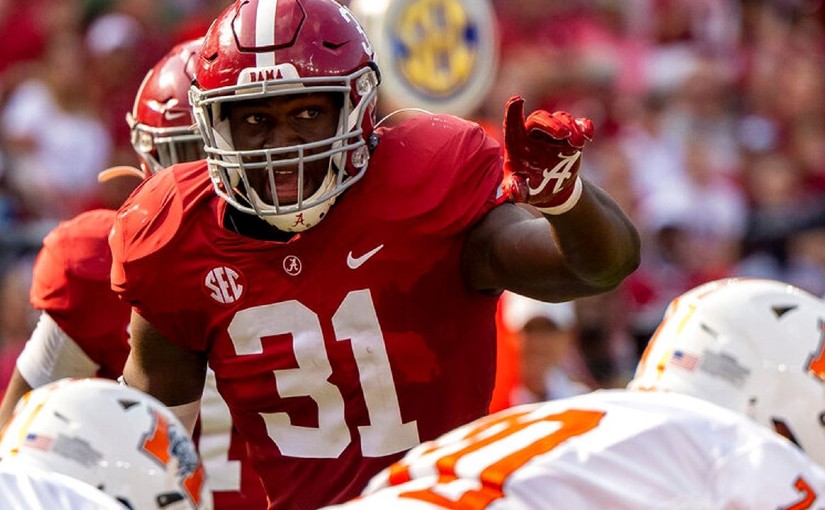 The 2021 Premier Player of College Football Trophy winner is Alabama Crimson Tide linebacker Will Anderson Jr. Anderson was simply the most outstanding player in all of college football for the duration of the season.  While teammate Bryce Young was awarded the Heisman Trophy, it was Young’s defensive enforcer who was consistently a matchup that no offensive coordinator could figure out how to slow down, let alone stop.

Anderson’s stats from his 2021 sophomore season are ridiculous.  He basically lived in opposing backfields, tearing up running games or destroying quarterbacks. The Premier Player finished the regular season with an absurd 31.5 tackles for a loss. This was 9.5 TFLs better than anyone else in the football bowl subdivision (FBS) managed. Anderson also piled up 15.5 sacks of the quarterback. To put that into perspective, those 15.5 sacks were more than NINE ENTIRE TEAMS managed, including Power 5 schools like Stanford and Colorado.

It was no secret that Anderson would be pass rushing and run blitzing, yet nothing offenses did seem to work. In an October game against Mississippi State, Anderson had four of the Crimson Tide’s seven sacks. While that is impressive enough on its own, it is the plays that he didn’t get sacks that were just as dominant. Anderson spent that game – and most of the season – wrecking the entire right side of the Bulldogs’ offensive line.

Anderson’s ability to get into the backfield entirely nullified what an opposition offense could do as tight ends and running backs had to stay in and help their offensive linemen deal with his pass rush.  However, Anderson’s consistency was his greatest asset in 2021.

People talk of “moments” defining a great year. That can seem backward in cases like Anderson’s. He didn’t have a signature moment because he was simply a wrecking ball the entire season. It is hard to have that highlight play that stands out when you have already picked up double-digit sacks and make more tackles for a loss than some defensive players make total tackles.

An aggressive, efficient, and sure tackling edge rusher, Anderson has also evolved into a leader on a defensive front-seven that is as dangerous as there is in the game.  A unanimous First-Team All-American, the scary aspect for Alabama’s rivals is that Anderson will be back in the Crimson Tide uniform for at least one more year.

Congratulations again to Will Anderson Jr., the 2021 Premier Player of College Football. 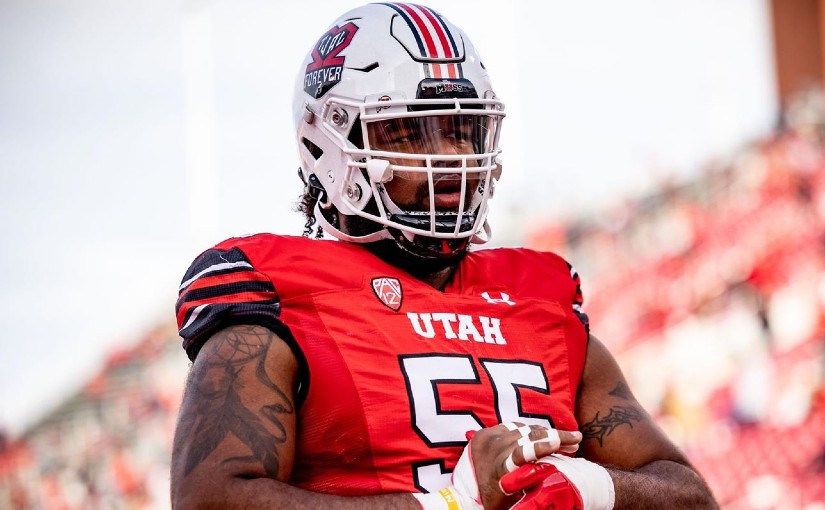 The Freddie Solomon Community Spirit Award annually honors a collegiate football player who has impacted the lives of others through giving and community service.

Ford has found a way to make two of his passions in life, cooking and helping others, into a way to better serve the Salt Lake City community. This past year, Ford has partnered with Utah Foster Care to put on “Sunday Dinner” where Ford along with the Athletes Strong Foundation cook for over 100 foster families at each event.

The San Pedro, Calif., native came up with the idea because of his family’s tradition of doing a big family dinner on Sundays. After his brother, Michael, passed away in 2019 from a heart condition, Ford vowed that he would spend his life helping and serving other people.

In addition to his work with Utah Foster Care, Ford volunteers at local elementary schools to mentor young children, reading and visiting with classes virtually over Zoom this past year.

He is also passionate about social justice for the underserved, helping lead a march on the Salt Lake City capital in 2020 as part of a team-led initiative to bring social injustice and ways to fix it to light. 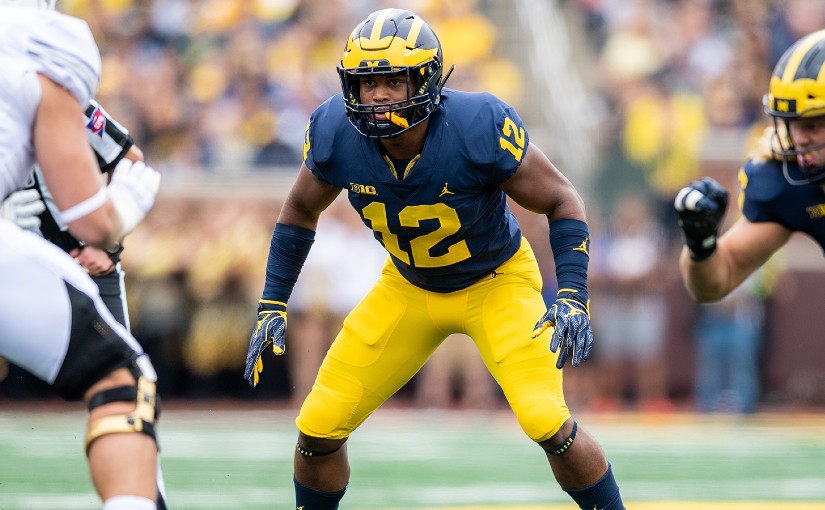 For a second straight week, Jon Jansen catches up with captains Andrew Vastardis and Josh Ross on the “In the Trenches” podcast. Vastardis discusses Saturday’s victory over the Buckeyes and thinks back on what he remembers from the postgame celebration on the field. Ross talks about why he feels like the happiest man alive and the quick transition from the win over Ohio State to this weekend’s matchup against Iowa.

The scene on the field at Michigan Stadium around 3:30 p.m. on Saturday was euphoric. Michigan snapped a losing streak against its biggest rival, clinched a Big Ten East Division title, and stayed alive in the College Football Playoff picture, all with one monumental 42-27 victory over Ohio State. It was the culmination of a year’s worth of preparation, as the Wolverines constantly asked, and were asked, the question — “What are you doing to beat Ohio State today?”

Michigan embraced that question as a team, and they answered that question as a team. The Wolverines’ offense did not face a third down the entire second half, during which the team’s only non-scoring drive featured the victory formation. The Wolverines’ defense limited the Buckeyes’ dynamic offense to 27 points, 20 fewer than their season average coming into “The Game.” Last, but not least, the Michigan special teams unit executed in some challenging weather elements to consistently put pressure on Ohio State.

“I am the happiest man alive right now,” linebacker Josh Ross told Jon Jansen on this week’s edition of the “In the Trenches” podcast. “(Saturday) was a movie, to be honest with you. We executed so well in all phases, and we had our best game, and that’s what you ask for in games like these.”

Now, the Wolverines must do it again. Michigan cannot bask in the glory of Saturday’s convincing win. The 10-win Iowa Hawkeyes await in this weekend’s Big Ten Championship Game. Kirk Ferentz’s team does not try to fool you, as Iowa provides a physical and fundamentally sound brand of football each week.

As head coach Jim Harbaugh said, “They play at a level of consistency that is at the highest level of any team that you ever play.” Fortunately, the Wolverines have also been consistent, both on gameday and in the lead-up to each game.

“(It) goes back to the preparation I’ve talked about so much this year. Guys enjoy the process. They enjoy the grind. They enjoy preparing for these games,” Vastardis said. “We’re just getting right back to it. You get your 24 hours to celebrate, and then it’s just back to work. This team loves to work.”

If the Wolverines are successful on Saturday against Iowa, then they will get a chance to celebrate on Sunday before restarting the grind again — this time, for a College Football Playoff game, and as Big Ten Champions. 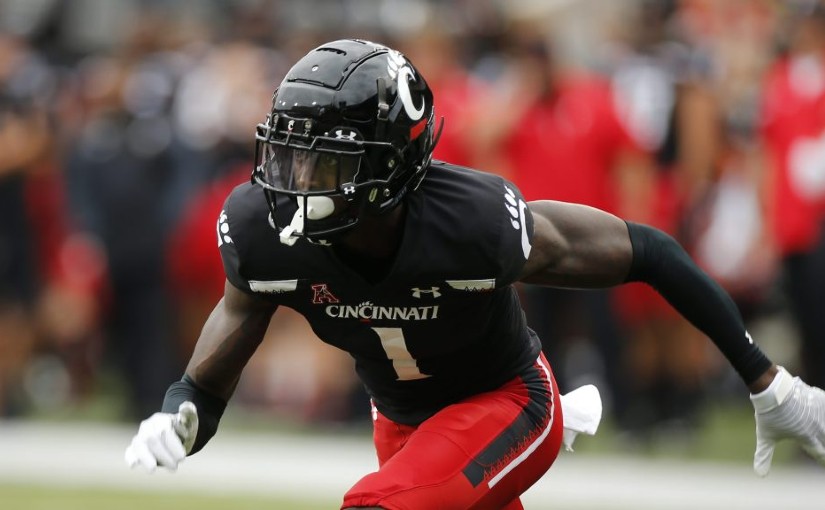 CINCINNATI – Cincinnati junior cornerback Ahmad “Sauce” Gardner was named the American Athletic Conference Defensive Player of the Week on Monday following his standout performance in the Bearcats’ 35-13 win at East Carolina on Friday.

Gardner matched his career highs with eight tackles and two pass breakups, and returned a blocked field goal 60 yards for a touchdown in the fourth quarter.

The Detroit, Mich., native is a two-time All-AAC First Team selection who has never allowed a touchdown pass in his career. This season, he has allowed only 14 receptions on 32 targets and quarterbacks have a 12.0 rating when targeting him this season – the second-best mark in the nation.

Friday’s win moved Cincinnati to 12-0 on the season for the second time in school history and gave UC homefield advantage for this Saturday’s AAC Championship Game.

UP NEXT
Cincinnati will look to win its second consecutive America Athletic Conference Championship when it hosts No. 16/16/24 Houston on Saturday at 4 p.m. (ABC) in Nippert Stadium. 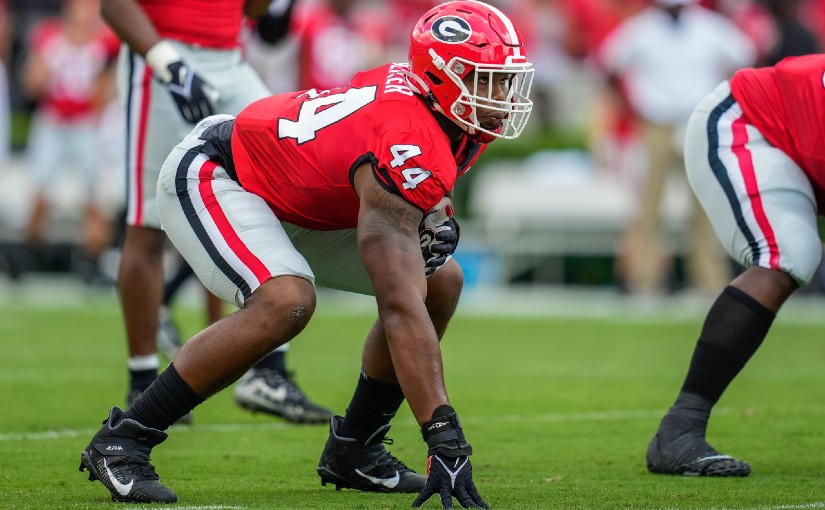 The Bulldogs are set to kick off against the Crimson Tide at 4:00p.m. ET in Atlanta, Ga., at Mercedes Benz Stadium.

#44 Travon Walker | DL | Jr.
On the responsibilities of his position…
“Basically, at the position that I play, sometimes, we can be asked to do a lot, but sometimes, it doesn’t get the recognition that it deserves. At my position, there is a lot that goes into it. Setting the edge, dropping in coverage, asked to get sacks, or asked to eat blocks, so it could be a variety of things.”

On the locker room vibe going into the SEC Championship…
“The connection with the team and the guys in the locker room, it’s an unbreakable feeling about the guys. Everybody has that bond and knows each other’s ‘why’. Why we are doing it. Therefore, with us knowing why each other is doing it, we can hold each other accountable to that ‘why.'”

On getting to Bryce Young…
“I think it’s going to be a great matchup for both sides. I just think that we have to continue doing what we have been doing all season, and everything will go as planned. That being said, we just got to keep rushing the passer, and it will all fall in place.”

#7 Quay Walker | ILB | Sr.
On what has contributed to his standout senior year…
“I think it started in the offseason. Changing my body, changing the way I eat, pretty much just feeling better, getting to know things better, and learning the defense. I think it pretty much started with that. Once you know the defense really well, you can play really fast and you’re not going to get into too much danger. It pretty much started with that, but mainly we changed the way I eat and changed my body and feeling better. That’s pretty much it.”

On the focus for playing Alabama for an SEC championship versus a normal in-season game…
“When you focus, you adapt a little bit, but I think that’s always been our motive this whole year. No matter what game it is, we treat all of them the same. We don’t need anyone to try to do anything different than what they have already done this whole year. But other than that, we’ve got to go out and execute and everything else is going to be taken care of.”