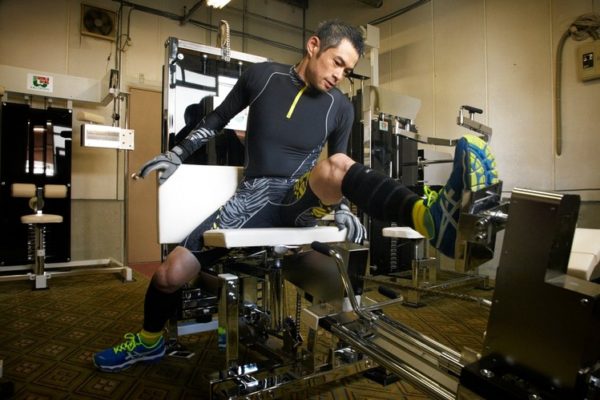 When you think of great baseball players in the post-WWII era there are many names that spring to mind.  One of those is Ichiro Suzuki. The Japanese great announced his retirement from Major League Baseball on Thursday night in Japan, ending a career that was legendary in status on both sides of the Pacific Ocean.

Ichiro went out on his own terms as the 45-year-old Seattle Mariners franchise defining player said goodbye against the Oakland A’s in the Tokyo Dome.  There was no better venue and no better opponent for Ichiro to retire against as a player whose sports training methods had seen him outlast so many of his peers finally decided to call it a day.

The tearful hugs from teammates and the general adulation of the fans towards Ichiro say everything about the player.  He is a premier player whose star shone brightly wherever he plied his trade, playing with a quiet and respectful reverence for the game that other superstars could learn from.

His sports training methods kept him in fantastic shape throughout his career, with his unbelievable eye for the baseball and the quickness of his swing being among the best in the history of the game. Ichiro is the only player that would even think to swing at a ball that had already bounced before the plate, let alone be able to strike the ball away for a single as if he was playing cricket.

His list of accolades is impressive. Ichiro played 19-years in MLB and compiled 3,089 hits in the process. This was after he starred in Japan and collected 1,278 in that league. The combined 4,367 hits is a professional record that will take some serious effort to break given Ichiro’s ability to hit and his longevity thanks to his sports training methods. Ichiro was also a 10-time Major League All-Star.

The hair today is more silver fox than Japanese poster boy as it was when Ichiro entered the majors at the beginning of the millennium. His famed swing slowed down with age, as it would for anyone, but the spirit to play the game never waned. Even in his last at bats Ichiro looked as engaged and involved in the game as he did when he was trying to prove to America that a Japanese position player could play alongside the very best in the world.

Ichiro is a likely first ballot Hall of Famer.  He is a player who changed the way that MLB was thought of not only in Japan, but also all through Asia.  His next move could just as easily be into acting (he is such a huge draw in Japan) as it could be into coaching or an assistant role. Whatever he chooses to do next, Ichiro had a career for the ages as a Premier Player of Major League Baseball.