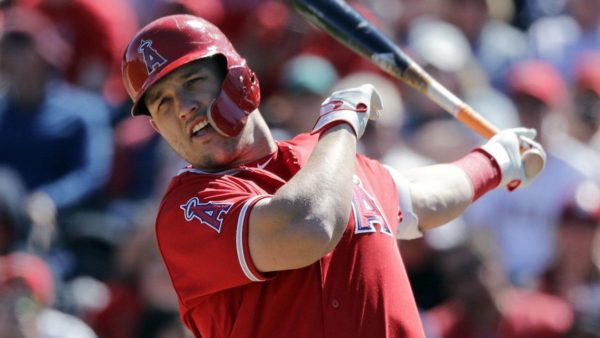 certainly not summer weather in most of the country. While the league actually started last week with the Oakland A’s and the Seattle Mariners playing a series in Japan, there is still something about the romance of Opening Day that endures even as baseball wanes in popularity compared to some of the other big time sports.

This is the earliest opening day in baseball history, so early in fact that it clashes with the Sweet 16 of the NCAA Tournament. It will be very interesting to see the TV numbers between the two events to see just where baseball ranks with the average American viewer in 2019.

The premier competition in the game also has the biggest stars in the game and it is the offseason contract battles that have defined the start of this MLB season in a way that has never happened before.

Competition to be the premier player with the highest salary is real. Athletes love to have that kudos of being the best paid on their team, the best paid at their position, and, in rare cases, the highest paid player in their league.

In this MLB offseason we saw a couple of deals pushed over the line with frankly staggering numbers attached to them.

One of the benefits of playing a sport with no salary cap is that the ceiling is only going to rise when it comes to contracts for premier players. That is why in the space of just a few weeks we saw Bryce Harper sign a 13 year $330 million deal with the Philadelphia Phillies and then Mike Trout ink his name on a deal worth a cool $430 million over 12 years with the Los Angeles Angels.

Throwing that kind of money at just one player on your roster is obviously a monumental risk. Baseball is a team sport where one player can have an immense impact on a game, but it is not a premier competition like the NBA where a single player can effectively take over a game (and certainly not a non-pitcher). If the Angels and Phillies fail to put the right pieces around their investments, then these contracts could easily come with no championships attached.

Trout, in particular, is an interesting case. Wins against replacement (WAR) is a new(ish) metric used in baseball to determine a players individual worth. In 2018, Trout played at a level that was worth around $79 million to his club, suggesting that the deal he signed was an absolute bargain for the Angels. No player in history has posted a better WAR than Trout through age 26, but when his deal expires as a 38 year old player it is hard to see Trout still being a viable option.

It would be amazing if either Harper or Trout could beat Father Time. Even if they cannot, both have the opportunity over the next half a decade or so in the premier baseball competition in the world to win championships and make their contracts worthwhile.