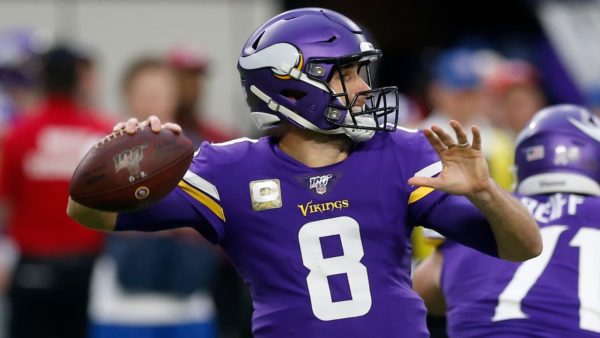 It is about time we start to properly appreciate Minnesota Vikings QB Kirk Cousins. This should be the thought in the head of every NFL fan who sat through one of the closest and craziest Wildcard Weekends in league history.

Cousins – he of seemingly no suitors and no fame at various points in his career – led the upstart Vikings to a stunning win over the heavily favored New Orleans Saints and QB Drew Brees, a player who spent most of 2019 breaking every passing record in the book.  Yet, despite the presence of Brees on the field – and despite a certain Tom Brady also appearing during Wildcard Weekend – it was Cousins who made the single best throw of the Saturday/Sunday quadruple header.

It is in the fourth quarter and overtime where the greats make their names. That was the case on Sunday when Cousins dropped back into the pocket and launched a rainbow of a pass downfield to WR Adam Thielen streaking inside the Saints 10-yard line. Cousins knew he couldn’t let Brees touch the ball again. He knew that one mistake would end the Vikings season despite the sterling work of RB Dalvin Cook to get them to this point. He knew his throw had to be perfect.

The ball seemed to drop almost vertically out of the sky as Thielen made an over the shoulder catch and tumbled to the turf completing a 43-yard pass and instantly silencing the Mercedes-Benz Superdome.  One play later – a Cousins touch pass to a leaping Kyle Rudolph in the back corner of the Saints end zone – the game was complete and Cousins had led his team to a win few thought possible with a play that fewer knew he had the ability and passing range to make.

Cousins won this game despite a litany of statistics that suggested he couldn’t. He was 0-15 against teams with a .700 winning percentage. He was 0-10 with the Vikings against 10-win teams. He was 2-10 against playoff teams and just 3-11-1 against teams with winning records. The theory was that Cousins simply didn’t have what it took to win the big one – or even a minor one – against a good team.

That narrative has now changed. No matter what the Vikings do from this point forward this postseason, Cousins has that monkey off of his back. He is turning into the premier player that the Vikings hoped for when they signed him to a fully guaranteed $84 million contract in 2018.  He is now one step closer to leading the team to where they want to be and he will be playing with a renewed level of confidence and attitude thanks to his massive throw – and gutsy performance – in New Orleans.