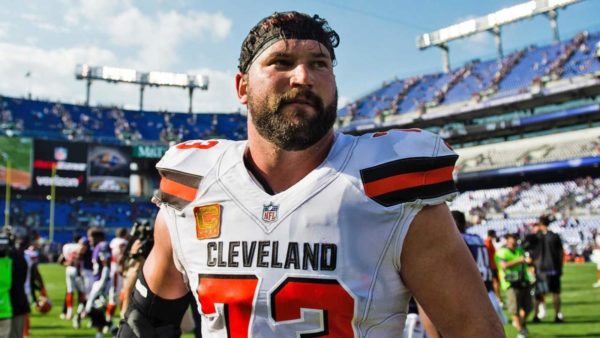 As we settle in to 2020 it is important to remember what came before. The 2010-19 stretch in the NFL saw some amazing players – and amazing performances – as the league became more and more about an offensive arms race.  Here are the five premier players of the NFL that excelled the most in the last decade:

Donald has taken on the mantle as the best defensive player in the league from a man further down this list. He is an unstoppable force on the inside, a player who requires double and triple teams on every snap just to keep him contained. He was named first-team All-Pro five times this decade and given that he was still a college player for the first three years of the 2010s that is quite the record.

Gronkowski was a player good enough that announcers called him by his nickname as opposed to his given name. Gronk was the biggest matchup nightmare of the decade, a giant human with enough speed to score long touchdowns while being almost unstoppable in the red zone. He scored 79 touchdowns in 115 games and the only thing that stopped him shattering record for a tight end was his inability to keep that massive frame healthy. The Patriots simply don’t look the same without him.

Watt is a premier player who was voted as a first-team All-Pro at his position in half of the decade’s ten seasons. He was an absolute monster at the turn of the decade when he was named as the Defensive Player of the Year in the NFL in 2012, 2014, and 2015. He picked up 96 sacks over the course of the decade and that is a number that would have been greatly increased had the second half of the 10 year period not seen Watt battling a series of injures.

Thomas is a player underappreciated even on lists like this because he played his entire career for a franchise stuck in reverse. He was voted to the Pro Bowl every year he played during the decade – 2010 to 2016 – before he retired prior to the 2017 season. He was a five-time first-team All-Pro this decade and he played a total of 10,363 consecutive snaps, a monumental achievement for an offensive lineman. One of the greatest to ever play his position, Thomas is a worthy inclusion on this list.

Love him or hate him it is hard to deny that Tom Brady was the best NFL premier player of the decade. He made nine Pro Bowls during this stretch of his career, being named First-team All-Pro twice, winning a pair of MVP awards and winning the Lombardi trophy with the Patriots on three occasions. The crazy part about this is that Brady achieved all this at an ever increasing age that was supposed to be past his prime. Brady rejuvenated himself in his 30s and he continues to play at a high level now in his 40s and entering a new decade in the league.