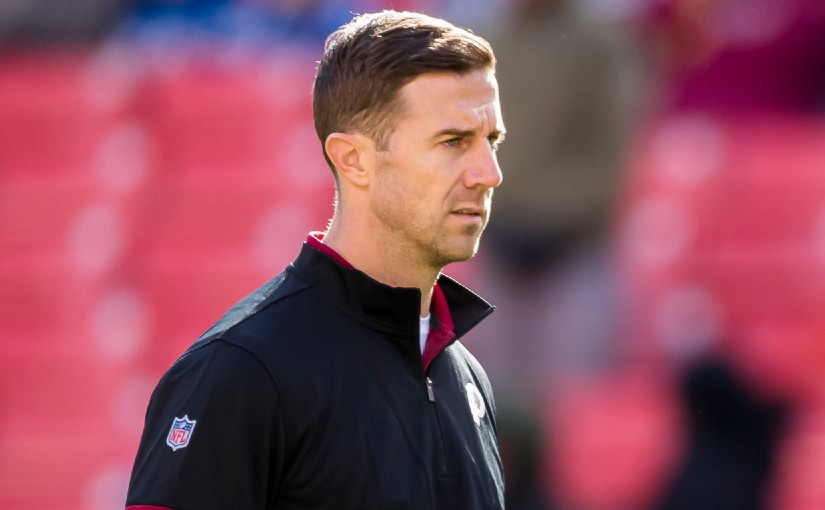 You would have to walk through many NFL locker rooms before finding a premier player as resilient and unwilling to let his career go as Washington football team quarterback Alex Smith. In many ways, Smith has battled the NFL odds his entire career, but those odds looked to have caught up to the signal-caller back in 2018 when he suffered one of the more brutal lower leg injuries in the history of the game.

At 34-years-old, when the injury happened, no one would have blamed Smith for hanging up his cleats and calling it a career. However, this premier player is one who lives for the game, and his inspirational return to a starting quarterback position is one of the few positives to take from a year that has tested our ability to be positive and inspiring like Smith.

In a game against the Houston Texans on November 18, 2018, Smith was sacked by the Texans’ pass rush. It looked like a routine football play right until the point where Smith couldn’t get up and was clearly on the ground in agony. The sack – and how the players fell – had caused a compound fracture of both the tibia and fibula in Smith’s right leg. The injury itself was a big enough deal to come back from – but initially, things only got worse from there.

Smith soon discovered a flesh-eating bacterial infection in his leg. This issue – which is every bit as painful as it sounds – means that to get to the point of strapping on his helmet against the Detroit Lions on November 15, 2020, Smith will have undergone a total of 17 surgeries on his left injury. The comeback should have been impossible – Smith has to wear a titanium brace on the leg for protection because of the amount of soft tissue he lost – but the former Utah Ute wouldn’t let outside forces tell him that it was time to retire.

Football was so far away from the realm of possibility for Smith at one point that quotes from the period in question are hard to believe. This quote – per ESPN – from Washington team physician Dr. Robin West speaks to just how serious the situation was for this premier player. “We’re doing the best we can.”, said West. “And right now, our first priority is we’re going to save his life. And then we’re going to do our best to save his leg. And anything beyond that is a miracle.”

Smith is a miracle. He overcame sepsis – a condition where the body fights itself by releasing chemicals into the blood to stave off an infection that can cause organ failure – at a point where doctors considered a lower leg amputation to save his life. From there, Smith has worked and worked and refused to let this be the end. His rehab partly took place at a military facility because his injury was considered bad, as some seen in combat. The environment helped Smith with the inspiration to keep fighting and keep working, justifying that if people worked that hard to come back from war wounds, he should do the same after a football injury.

“So for me, certainly having the ability to go down to San Antonio and be around a lot of our servicemen and women that were severely injured protecting this country,” Smith said. “And making the ultimate sacrifice for us and how humbling that is to be around these men and women that have toed the line and how much, how real that is.”

The work has paid off. Smith will play every snap for the rest of 2020, knowing that each one is a blessing given a career that began as the No. 1 overall pick of the 2005 NFL Draft – and that has seen him named as a three-time Pro Bowler – could have ended so differently without his will and determination to get back on the field.