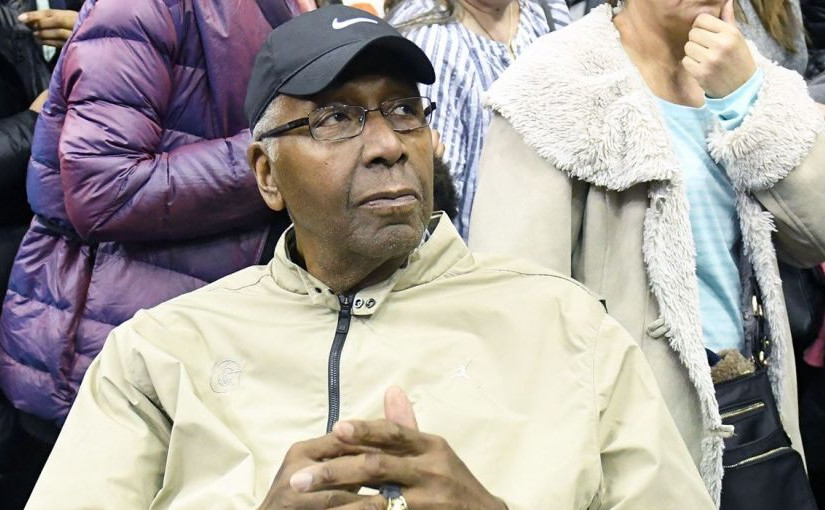 The word legendary tends to be thrown around too often, but John Thompson Jr. – the legendary coach of Georgetown University who passed away on August 31st – is certainly a man fitting of that title. Thompson, who was 78 years old, was a premier coach and a pioneer who became the first black coach to win the NCAA championship when he led the Hoyas to the mountaintop of the sport in 1984.

‘Big John’ as he was known to players and fans was much more than just a coach. Hired to coach Georgetown in 1972 it was seen as something of a radical appointment at that time to place the future of a traditionally white Jesuit University in the hands of a black coach. Fighting through racism and abuse – something that he would champion the cause against all the way through his life – this premier coach was in charge of the Hoyas for 27 seasons and despite his on court success it was his work off the court that should be pointed out to show the love and resiliency of his character.

This tweet from Allen Iverson, a player that Thompson mentored and coached for two years at Georgetown between 1994 and 1996, shows the type of bond that Big John would form with the student athletes under his leadership:

“Thanks For Saving My Life Coach.  I’m going to miss you, but I’m sure that you are looking down on us with a big smile.  I would give anything just for one more phone call from you only to hear you say, “Hey MF”, then we would talk about everything except basketball . . .”

Iverson is a perfect example of Thompson’s willingness to work with players coming from difficult backgrounds. The future multiple time NBA All-Star was blackballed from a lot of the top schools in the country because he had three felony convictions hanging over his head relating to a brawl he was involved in at a bowling alley while in high school.

While many of the college bluebloods shied away from Iverson, Thompson went all in on the Hampton, Va. product. Thompson knew he was getting a gifted athlete for his program, but more than that he realized he could make a huge difference in the life of a young man who needed the vital guidance and life coaching that he could provide.  In 2016, Iverson was inducted into the Naismith Memorial Basketball Hall of Fame – a place where his bust stands alongside that of Thompson – a place that Iverson has said countless times that he would never have reached without Big John in his corner for all those intervening years.

Iverson is the most well-known story of the type of man that Thompson is, but there are countless tales of such character and drive to make everyone be the best person in life that they can possibly be that Big John formed in locker rooms, over the phone, and during his coaching sessions throughout his storied career. As a coach, he took Georgetown to three Final Fours and seven Big East titles in the 1980s, along with leading the US to a bronze medal in the 1988 Olympics – the last Olympics before NBA players made winning a medal a much easier prospect for a coach at that level.

Along with Iverson, Thompson recruited and developed three other Hall of Famers in Patrick Ewing, Alonzo Mourning, and Dikembe Mutombo. He was a coach that wasn’t afraid to recruit minority players regardless of the upbringing, and he famously walked off the court in a 1989 game to protect Proposition 42, an NCAA measure that he saw as an aim to limit scholarships – and therefore life altering opportunities – to minority students.

Thompson’s legacy is secure. He is a coach that would stand up for what he believed in, would fight against social inequality, and who would win more than his fair share of basketball games. He will remain an inspirational figure long after this date.