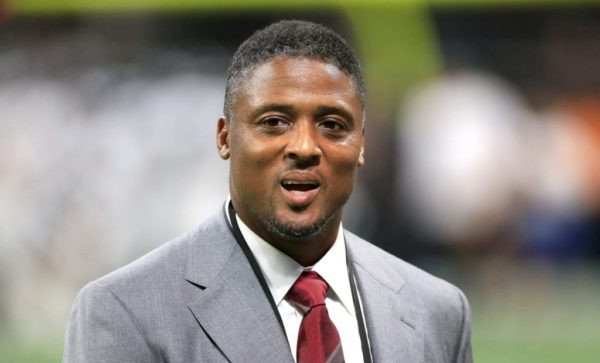 There are plenty of athletes who make a mark during – or after – their careers with their charitable efforts and their push towards social justice. Charities and foundations are obviously always a good thing, but many of these organizations are related to the athlete by name only.

Then there is Warrick Dunn. A premier player who singlehandedly makes every other past, present, or future NFLer look inadequate with everything he has done. Not just as an athlete – though Dunn was a legitimate star back when running back wasn’t the plug and play position it is today – but as a man.

A native of New Orleans, Louisiana, Dunn played his college football very successfully at Florida State. He rushed for over 1,000 yards for three straight seasons – an impressive mark considering that at about 5-foot-8 and 165 pounds Dunn seemed too small to be an every down back even at the college level. The three-time All-ACC selection was also a sprinter at FSU and his 10.3 time in the 100 meter dash transferred to breakaway speed on the football field that some speedsters are not able to produce.

Dunn was drafted by the Tampa Bay Buccaneers with the 12th overall pick of the 1997 NFL Draft. He was an immediate success, with this premier player winning rookie of the year honors after picking up over 1,400 yards from scrimmage and seven touchdowns. Dunn spent his first five years in Tampa Bay – picking up a pair of Pro Bowl nods – before spending six years in Atlanta with the Falcons. His final year in the NFL (2008) was back where it all began as Dunn signed a one year deal with the Bucs where he rushed for a solid 786 yards.

Dunn rushed for almost 11,000 yards during his career and had picked up over 15,000 yards from scrimmage. He scored 64 touchdowns and he is a much loved figure in both Tampa and Atlanta because of the energy, excitement, and skill that he brought to the two franchises as a player. He was also a player loved by his peers and the media, something that is not always said about the great athletes who tend to be solely focused on winning.

Dunn wanted to win as much as anyone, but he also knew from an early point in his career that he could use his position for good. Something he has never stopped doing.

Dunn’s own mother was an off-duty police officer who was ambushed and killed by armed robbers in 1993. This meant that having just turned 18-years-old, Dunn was now in charge of raising his siblings. This life event could have pushed Dunn in a number of directions, but the premier player knew the value of hard work and success – as his mother had instilled in him – and he wanted to give back.

His first step into the charitable arena was starting Homes for the Holidays in 1997. Dunn then upped his own game in 2002 when he started Warrick Dunn Charities as a way to increase the services that his programs could provide. As of 2020, Dunn’s charities – along with Habitat for Humanity – are closing in on having donated 200 homes to single mothers.

“I’ve used this program as therapy,” Dunn said. “Every time I hand over those keys, there’s a little piece of my mom and the things she wanted.”

The 2004 Walter Payton Man of the Year Award winner, Dunn has received many awards from outside football for his work. He was named the Muhammad Ali Award winner in 2019 – formerly Sports Illustrated’s Sportsman of the Year award – showing that long after his football career ended he is still a force driving good in the world.

Wanting to be a person that changes the world is one thing. Actually doing it – and continuing to do it – for almost 25 years is something else entirely. Warrick Dunn is a player that every sports fan should know and celebrate because men of his caliber, premier players of his caliber, don’t come around very often.