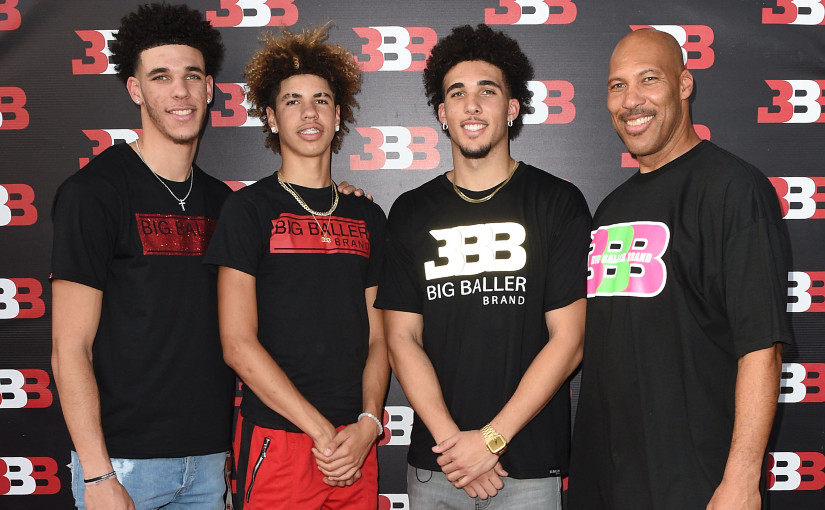 It’s a pretty big deal to have a star athlete in the Family, it’s fantastic to have two, but now many families can boast three stars under the same roof. That’s certainly not your typical American Family, but there’s nothing ordinary about the Balls. Lonzo, LiAngelo, and LaMelo Ball are children of LaVar and Tina Ball, and they’ve been garnering national attention for almost a decade. These premier players are living the dream, and the only way is up for this baller family. Here we’ll be taking an in-depth look into what makes the boys tick, their journey to superstardom, and whether they can all play in the NBA, fulfilling their exuberant father’s prediction. So without further ado, let’s Ball!

Who are the Ball Brothers?

The ball brothers are three premier players born in Anaheim, California, part of the Los Angeles metropolitan area. Lonzo Ball is the starting point guard of the New Orleans Pelicans in the National Basketball Association (NBA). In comparison, the second Ball brother is LiAngelo, a free agent waiting for a shot in the NBA. The third Ball brother is LaMelo, the superstar rookie point guard on the Charlotte Hornets team in the NBA. These brothers have a mere four years between them, and they’ve played on numerous teams together, coached mainly by their dad LaVar, and achieving remarkable success.

The Ball Brothers are amongst the most famous basketball players on Instagram, as they have over ten million followers when you merge their accounts. At the same time, they regularly rack up millions of likes for pictures and views for videos. The brothers are fierce competitors and are known to out winning above any other thing, as they have the laurels to back it up. The Ball Brothers prefer to let their talking be done on the court, and they’ve brought significant success to most teams they’ve played for before the NBA dream. So what’s the grand dream?

The Ball Brothers grew up idolizing stars like Lebron James (Lonzo’s former teammate), Michael Jordan (LaMelo’s current team owner), and Jason Kidd (for point guard reasons). As such, the boys have always had the NBA in their sights, and it’s pretty awesome to see that two of them are currently living the dream. Lonzo is presently playing point guard on a team with Brandon Ingram, the most improved player in the NBA, and has a confident Zion Williamson who needs no introduction. LaMelo, on the other hand, is a runaway favorite to win the rookie of the year honor, thanks to his sparkling debut season as a member of the Charlotte Hornets (who you probably know is owned by the GOAT).

However, LiAngelo, the middle child, hasn’t found it so lucky yet. First off was the China incident, which looking back, seemed to set the talented shooting guard on the wrong foot. Then the coronavirus pandemic ruined his rookie G league season, where he ought to have shown his worth. Also, recently he had a spell at the Detroit Pistons that did not pan out so well. However, this premier player isn’t giving up, as he’s super eager to join his brothers on the flashy courts of the best basketball league in the world.

LaVar Ball repeatedly said that his boys will end up as three of the greatest NBA players ever to do it. That might have sounded as just him being LaVar, but it’s looking like these premier players are well on their way. Lonzo Ball has improved his jump shot, he’s playing more confidently than ever, and he’s on an improving team. LiAngelo is getting his act back together, and a couple of groups are showing interest. LaMelo Ball is simply a walking highlight reel and one of the league’s top draws. These premier players are keeping it in the Family, and they’re sure doing their city proud. The sky’s merely the beginning for the ball brothers, as they look to make the NBA Dream an astonishing reality.