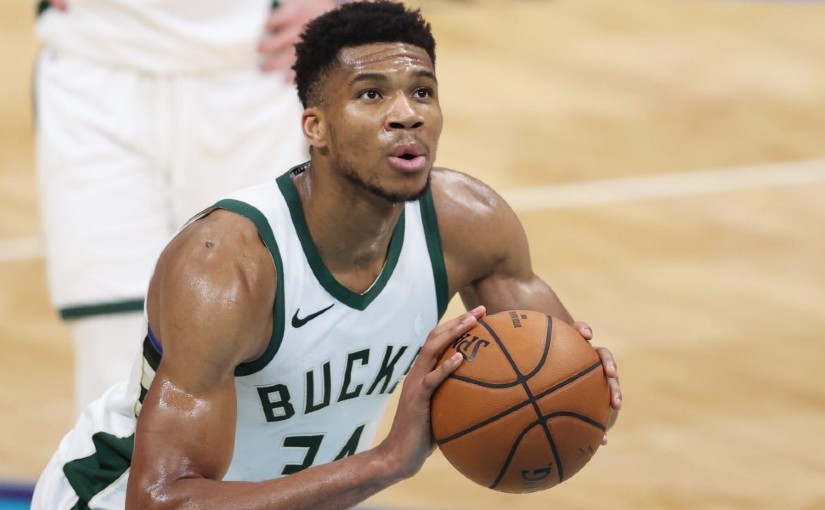 Over the weekend, the Milwaukee Bucks completed an impressive sweep of the defending Eastern Conference champion Miami Heat in the first round of the 2021 NBA Playoffs. Featuring several premier players like Giannis Antetokounmpo and Khris Middleton, the Bucks were able to stifle Miami’s offense and blow the Heat out in the last three games to emphatically state their case as Eastern Conference contenders.

Led by Antetokounmpo, Milwaukee appears to have a renewed confidence and sense of focus after demolishing the Heat and will be a force to be reckoned with in the next couple of months.

Despite having arguably the premier player in the NBA in Antetokounmpo, the Bucks have not advanced as far in the NBA playoffs as most fans would expect in the last two seasons. Milwaukee finished with the best record in the Eastern Conference in each of the prior two years, but could not parlay that regular-season success into a trip to the NBA Finals.

Despite making the Eastern Conference Finals in the 2018-2019 season with home-court advantage, the Bucks could not contain a red hot Kawhi Leonard in that series. Milwaukee ended up losing in six games to the eventual NBA champions. The following season, the Bucks were a little unlucky to have missed out on home-court advantage in the NBA bubble. As a result the Heat, led by premier players Jimmy Butler and Bam Adebayo, seized control of their second-round series. Milwaukee was surprisingly eliminated from the playoffs in five games, and an offseason full of questions began.

“We had a heck of a year, through March 11, a lot of good things, a lot of positives, and when we had our moments here in Orlando. Ultimately, we weren’t able to get it done. Everybody’s dealing with the same circumstances,” Bucks head coach Mike Budenholzer expressed. Via USA Today (https://www.usatoday.com/story/sports/nba/2020/09/08/heat-bucks-game-5-miami-advances-milwaukee-giannis-antetokounmpo/5754124002/)

After not quite meeting expectations, Milwaukee took significant steps to improve their roster before the 2021 NBA season. They made a blockbuster trade with the New Orleans Pelicans to acquire premier guard Jrue Holiday. The team also made a savvy free-agent signing, landing big man Bobby Portis. Holiday’s ability to defend on the perimeter and Portis’ ability to provide some scoring punch off the bench has made a big difference for the Bucks this season, and against Miami in the first round. Milwaukee also aggressively locked up Antetokounmpo for the near future, ensuring that one of the premier players in the league will keep them in the title mix. He signed a five-year, $228 million extension in December 2020.

“Peaking at the right moment—we really feel we’re doing that,” said Bucks center Brook Lopez. “And we still feel like we’re getting better each and every single night.” Via ESPN.com (https://www.espn.com/nba/story/_/id/31534025/giannis-antetokounmpo-milwaukee-bucks-sweep-miami-heat-reach-eastern-conference-semifinals)

As the third-seeded team in the Eastern Conference, the Bucks will await the completion of the series between the second-seeded Brooklyn Nets and seventh-seeded Boston Celtics. The Nets currently lead the series two games to one but are favored by many to be the favorites to come out of the East. If Milwaukee faced Brooklyn, they would have to come up with a strong game plan against premier players Kevin Durant, James Harden, and Kyrie Irving. In the regular season, the Bucks beat the Nets two out of three times they played. It would be a difficult matchup, and the Bucks would need to play strong defense to limit Brooklyn’s explosive offense.

Milwaukee would also need to have answers for Boston’s premier players if they squared off in the next round. Jayson Tatum scored 50 points in game three against Brooklyn. The Celtics beat the Bucks in two out of three games in the regular season, but Milwaukee would be favored to advance in this matchup.