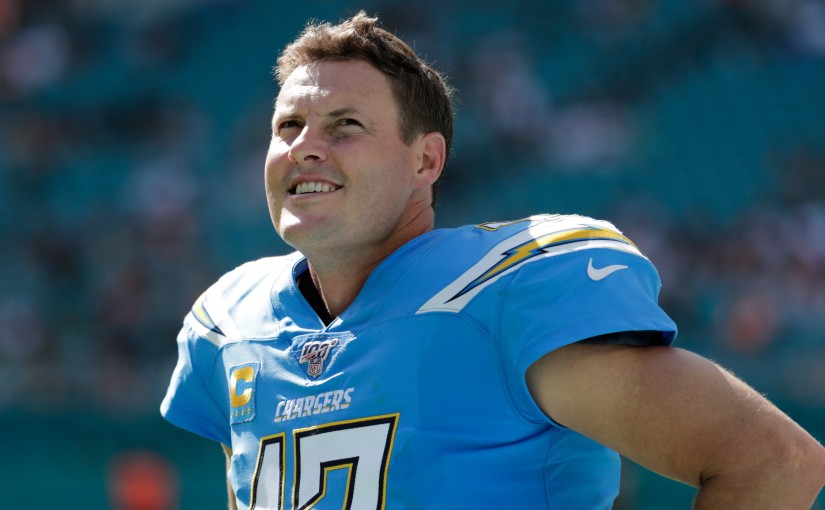 Philip Rivers might have just been a quarterback playing at the wrong time. The 17-year NFL veteran decided to retire this offseason after a glittering career that was denied multiple Super Bowl berths thanks to a combination of Tom Brady and Peyton Manning (and now Patrick Mahomes) dominating that spot in the AFC.

Rivers has retired at a point where he seemingly has plenty left in the tank. He didn’t choose to bow out after a down year or two, with this premier player calling it quits after guiding an Indianapolis Colts team that was 7-9 in 2019 back to the playoffs with an 11-5 record in 2020. Rivers took to Indianapolis like a duck to water after 16 seasons on the West Coast with the Chargers. He passed for 4,169 yards, 24 touchdowns, and 11 interceptions and there were many who expected him to be back in a Colts uniform in 2021. Instead, Rivers has chosen to meander off into the sunset with his Indy stint a footnote in a career that will see him go down as one of the greatest Chargers to ever play the game.

The 39-year-old passer will be one that is strongly discussed when it comes time to vote on Hall of Fame matters after his five years of non-playing are up. This could – and probably will – be five years from now, but you have to imagine that if a legitimate contender in the next two seasons needs a quarterback late in the season after an injury that Rivers will be one of the first calls they make. This is especially true because while Rivers is retiring from the professional game, this premier player is going to give back to the sport and he has already been hired as a high school coach at St. Michael Catholic just outside of Mobile, Alabama.

Rivers’ legacy is secure because of his numbers. He was an eight-time Pro Bowler. He ranks fifth all-time in the NFL (upon his retirement) in both passing yards (63,440) and in touchdown passes (421). Rivers would be considered one of the NFL’s all-time greats at his position in terms of toughness. The quarterback made 240 consecutive regular-season starts, a stat that puts him tied for third on the all-time list with center Mick Tinglehoff. The only more durable players in the history of the league – by this measure at least – are legendary tough guy quarterback Brett Favre and legendary all-around tough guy Vikings defensive lineman Jim Marshall.

The only taint to his legacy – a legacy that includes an NFL record for touchdown passes between a quarterback and a tight end for the 89 times he and Antonio Gates hooked up for scores in San Diego – is Rivers’ post-season woes. Rivers had an astonishing 12 seasons where he passed for over 12,000 yards, yet he was never able to lead the Chargers (or Colts) to a Super Bowl and his career 5-7 record in the playoffs contains just one AFC Championship Game appearance.

Even that, however, comes with a caveat when Rivers is considered. It was the 2007 AFC Championship Game that Rivers reached with the Chargers and nothing was going to stop this premier player from taking the field against the New England Patriots. The Chargers lost 21-12. Rivers was not at his best as he passed for just 211 yards with no touchdowns and two picks. It was a hard-fought win for Brady and the Patriots, one that they achieved with Rivers limping through the game with a torn ACL. Rivers’ knee had to be unlocked after the injury suffered just one week before in the Divisional Round but it is that level of toughness and mental fortitude that will remain the defining features when Rivers’ name comes up in debates about quarterbacks.