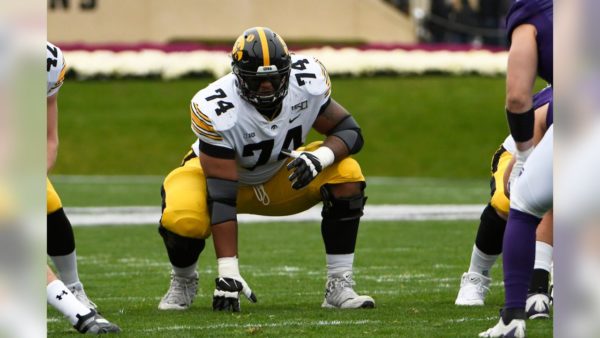 The 2020 NFL Draft has come and gone and it was a strange old beast. Watching the premier players of college football be picked while sitting at home in their basements instead of being in the green room at the draft was a pretty surreal experience that maybe gives an inside peek into our new normal of sports for the foreseeable future.

As the only show in town – and basically the world – this draft was always going to get more attention than normal, something that isn’t easy for what is already a show-piece event on the calendar. A total of 32 premier players were plucked from the college ranks on Thursday night for Round 1, and here are five picks we at Premier Players look forward to seeing on the field:

Pick 1:  Joe Burrow, Quarterback, LSU/Cincinnati Bengals
Sometimes the key to a draft is not to over think it. That is what the Bengals did here as they took the guy who was the best player in the FBS (football bowl subdivision) last season. Burrow threw for an insane 5,671 yards and 60 touchdowns in 2019 and by not trading out of this pick the Bengals have their successor to Andy Dalton for the foreseeable future.

Pick 5:  Tua Tagovailoa, Quarterback, Alabama/Miami Dolphins
The Dolphins had a direct choice between Tagovailoa and Justin Herbert of Oregon who went one pick later. Dan Marino was the last Pro Bowl QB the Dolphins had and they swooped on Tagovailoa who was the prospective No. 1 pick in the draft before the 2019 season unfolded. If Tua can stay healthy he has all the intangible traits of a premier player to go with his football and leadership skills.

Pick 7:  Derrick Brown, Defensive Tackle, Auburn/Carolina Panthers
The Panthers sat at No. 7 and came out of the first round with the best run stopper in the entire draft. Brown is a monster of a player who routinely saw teams in college game plan against him by running all their plays in the opposite direction. His partnership with Pro Bowler – and pass rush DT specialist Kawann Short – is going to be exciting to watch.

Pick 13:  Tristan Wirfs, Offensive Tackle, Iowa/Tampa Bay Buccaneers
The least sexy pick in the first round gives the Bucs a premier player to protect their soon to be 43-year-old QB. Wirfs is a classic Big 10 offensive line prospect, a player with no flash and no question who will knuckle down to work on his first day of minicamp and occupy a spot on the Bucs line for the next decade.

Pick 17:  CeeDee Lamb, Wide Receiver, Oklahoma/Dallas Cowboys
The big question about this draft in five years may revolve around how a wide receiver with the talent of Lamb slid all the way down and into the lap of the Cowboys at No. 17? Lamb had 32 touchdowns in 41 games with the Sooners and while the Cowboys seemed set at wide receiver, the value with Lamb was just too high for Jerry Jones to pass on.