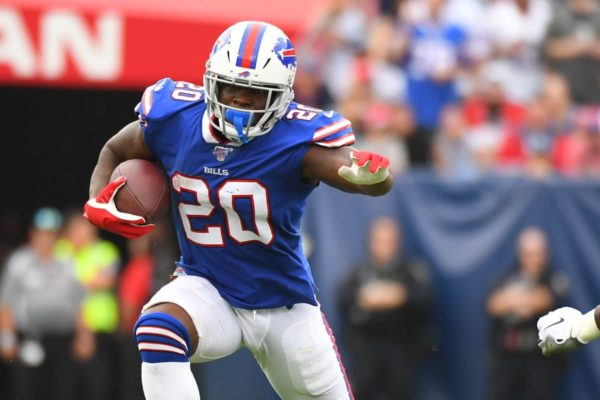 Running backs are supposed to be winding down their career when they hit the age of 30. The list of backs who peaked before hitting three decades of life and either retired or saw their production fall off to the point they were soon out of the NFL includes Hall of Famers such as O.J. Simpson, Earl Campbell, Eric Dickerson, and Marshall Faulk. These are the premier players of premier players, but age caught up to them quickly at one of the most brutal positions in the league.

Someone should probably tell Frank Gore about this because the soon-to-be 37-year-old running back just signed a one-year deal with the New York Jets that will see him embark on his 16th season in the NFL this fall. It is a remarkable achievement.

It needs to be noted, at this point, the game is different now. Gore has been able to survive in the league for as long as he has as a situational back – albeit a very effective one – to change the pace and spell of starters on his teams. This wasn’t a role that existed when the likes of Campbell or Dickerson played. In those days, you ran your bell cow of a back until he was washed up and then brought in the next toy on the production line. Times have definitely changed.

Gore – who was a Round 3 pick of the San Francisco 49ers in 2005 – is currently the third leading rusher in NFL history behind only Emmitt Smith and Walter Payton. This is likely where he will stay as he is currently around 1,400 yards shy of Payton and he hasn’t had a 1,000 rushing season since 2016 in Indianapolis. Le’Veon Bell is the primary back in New York, but Gore will give head coach Adam Gase – a coach he has worked with before – a solid second option on the ground when he is needed.

The last full-time running back to play in the league at 37 was Marcus Allen of the Kansas City Chiefs back in 1997. Gore will bring immense amounts of experience, leadership, and professionalism to the Jets this season, meaning he may be just as valuable to the team in the running backs room as on the field. Anyone that can play to his age is clearly a premier player when it comes to conditioning and doing the right things to be pro football shape. Gore can pass this knowledge on to the next generation in New York.

Speaking of the next generation, Gore’s son – Frank Gore Jr. – will be starting his career collegiately this season at Southern Mississippi. With Gore’s ability to stick around, who is to say the father and son couldn’t be in the NFL together in a few years’ time.