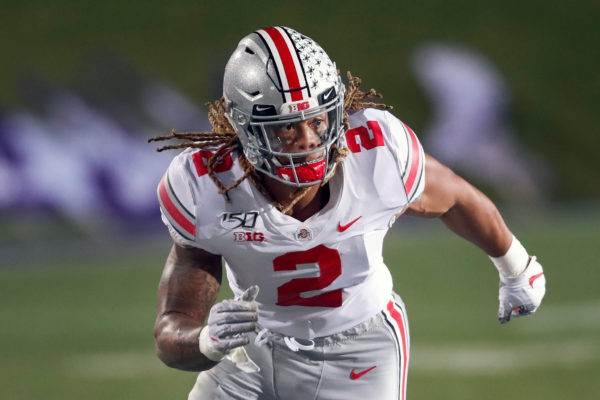 With the sporting world having pretty much shut down due to COVID -19 – marble racing and premier league soccer in Belarus not withstanding – it is important to look forward to some event that can bring some sense of normalcy back to the sporting calendar. The NFL have confirmed that the 2020 NFL Draft will be going ahead as scheduled, though the event will be held remotely instead of in Las Vegas as was originally planned. This means we can look forward to seeing where the next wave of premier players in the NFL will (eventually) be taking their talents and there is no player in this draft better than Ohio State Buckeyes superstar Chase Young.

Young – an EDGE rusher in NFL terms – may not be the first player selected in this draft because of the value that NFL teams put on elite quarterbacks. That is why the likes of LSU QB Joe Burrow and Alabama passer Tua Tagovailoa may well be chosen before Young. If we were to draft purely on talent, production, and fit at the NFL level, however, there is no doubt that this premier player would be the first one snatched off of the 2020 board.

Young has the prototypical build of an EDGE rusher in the modern game. He stands at 6-foot-5 and 264 pounds. He has explosive speed off of the edge that shows in every game tape that you will watch of this premier player, though with individual workouts curtailed by the pandemic we will not see a recent 40-yard-dash time from Young after he decided his tape did enough talking for him and he skipped the drills/workouts portion of the combine.

Young is an immediate impact kind of player. He will not take a year of seasoning and study to become the kind of game-changing player that he was in college. This is a guy that spent most of the last two seasons facing double and triple teams on a down-by-down basis and was still productive enough to take over games. In 12 starts in 2019 he led the FBS with 16.5 sacks and six forced fumbles as a player who knows not only how to get to the quarterback, but also how to create a momentum shifting turnover with his sacking technique.

Young finished fourth in the Heisman Trophy voting last season – exceptionally high for a defensive player – and he can work as either a stand up rusher or with his hand in the dirt. The best pass rushing prospect of the last decade (at least), Young is a game wrecker who knows how talented he is and who backs it up every time out on the field.

The country is going to need a new breed of premier players to get behind after this crisis and inject life and energy into sports as they resume. Young is one of those stars poised to breakout at the next level whenever sports begin again.