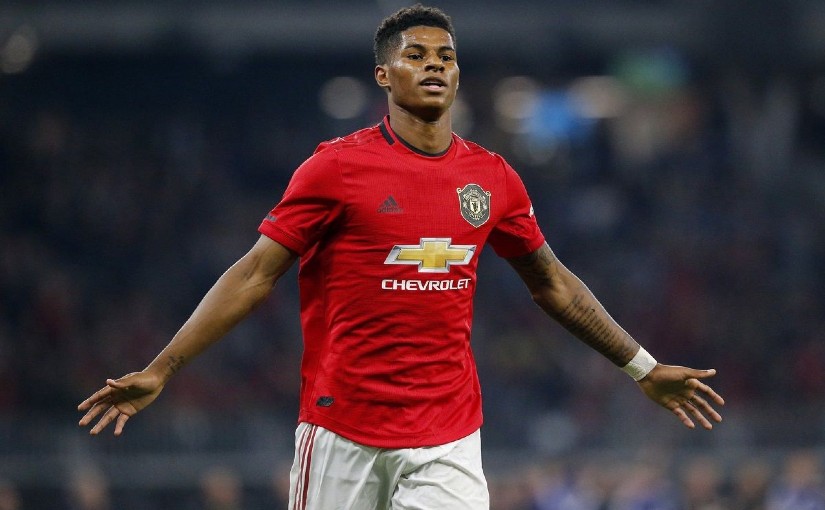 The sports scene in England is not particularly politically minded. That is in stark contrast to the American sports landscape in 2020 where players are using their platforms more than they have in decades. That is not to say, however, that every premier player in England have used this lockdown period for nothing more than workouts and video games, and one such player is Manchester United star striker Marcus Rashford.

Rashford, at the tender age of just 22-years-old, has emerged as a star of the Covid-19 lockdown period in the United Kingdom. He is a player used to making a big impression, having scored on his debut for one of the biggest clubs in world football in 2016 at the age of 18. Since then, Rashford has gone from strength to strength as a premier player on the pitch, quickly becoming the most important attacking player for the Red Devils and also shining for England when given a chance as part of a dynamic and youthful forward lineup.

As impressive as he has been on the pitch over the course of four years, the last few months Rashford has been even more impressive off of it. The son of a single mother, Rashford was a soccer prodigy who was never afraid of hard work and never allowed to cruise along on talent alone. If soccer didn’t work out, Rashford was always going to be in a position to succeed in life thanks to his work ethic and drive.

It is that drive that has seen Rashford’s profile rise in the last few months from a generic, multi-millionaire soccer player who is only in it for himself into a social activist fighting for the every man. Not only has Rashford helped raise millions in donations for the food charity FoodShare, but he has also learned sign language to add another string to his bow and he has launched a poetry competition for deaf children that he seems extremely passionate about.  When you add in his powerful stance and message on racial equality in England in the wake of the George Floyd death and his charitable efforts to counter homelessness in December, then you start to get a sense of just how much Rashford understands that his position and celebrity status can be used for good.

Rashford’s most powerful action yet came in the middle of June where he was able to singlehandedly reverse a decision taken by the UK government on what to do about free school meals during the six-week summer vacation. Initially taking no action, the government quickly created a $150 million fund to provide food shopping vouchers to the families of Britain’s poorest children this summer.

The youngest of five children and raised below the poverty line himself, Rashford wrote an open letter to the government that was so powerful this premier player had members of parliament threatening to revolt against Prime Minister Boris Johnson if no scheme was announced. “The system was not built for families like mine to succeed, regardless of how hard my mum worked,” he wrote, before adding: “This is not about politics; this is about humanity.”

It is not his pace, his vision, or his goal-scoring ability that is Rashdford’s best asset. Instead, and perhaps unexpectedly to some given how athletes are sometimes viewed because of their lofty salaries and expensive cars, it is his humanity that has set him apart as a leader during this crisis. Rashford is a product of his generation and his 8.4 million Instagram followers give him a platform to be heard. With at least 10 more years of playing at the top level, Rashford is a player that fans of any team can root for thanks to his upbringing, his spirit and his heart.