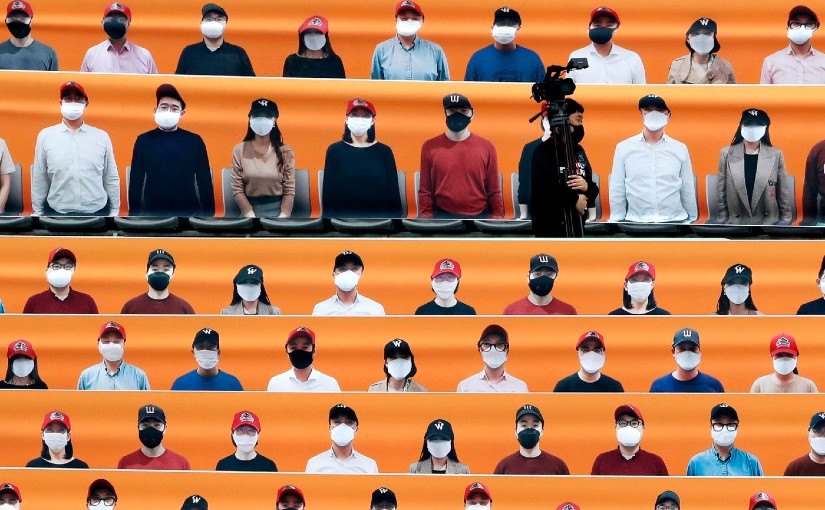 When history is written about 2020 it will be known as the year of many things. One of those things – admittedly a few chapters into the books as something of a footnote – will be that 2020 was the year of the fake crowd.

It is hard to explain just how weird the concept of a fake crowd for a sporting event would have sounded at the back end of 2019. We love our premier players, be they on the diamond, the court, the rink, or the field. While fans aren’t the reason sports exist, they are the main reason that they matter to anyone other than the players involved. Sports without fans makes about as much sense as fans without sports, but that is the world we are living in today.

Sports in America are a little behind the curve when it comes to opening up. This is understandable given the size of the country, the distribution of people, and the number of ongoing cases. This means that the leagues in the US will have had time to watch the various methods of atmosphere creation around the world to see what has worked best to date.

In order to help out the NFL/NBA/Et Al, here are some random thoughts about which league has done the best job of giving its premier players and fans at home a decent experience amongst the madness of 2020.

Actually having a crowd

This first concept might be cheating a little bit but it is pretty obvious that the best thing a league can do to have an authentic experience is to actually have an authentic experience. New Zealand has to be seen as the pioneers of this strategy as 41,000 packed inside Eden Park to watch the Blues vs. the Chiefs as their Super Rugby Aotearoa competition got underway at the beginning of June. This strategy only works because the disease was eradicated – at one point at least – in the county, but it is worth watching to remember just what we have to look forward to in terms of an experience somewhere down the line.

I mean these are ok. I get why they are there as it allows teams down on revenue to pull a little more out of their sponsors for more exposure while also covering up empty seating that just looks bad. It is effective, efficient, but a little boring. It is hard to believe that the premier players out there would even notice the existence of tarps all over the stadium, but I get it.

This is where opinions start to differ. The basic options for fans at home – because premier players competing get nothing but eerie silence – is to have fake sounds piped on top of the broadcast or to have nothing and listen purely to the communication and chatter out on the field. The PGA has mic-upped their golfers and watching Australian rugby with no noise did allow fans to hear just how hard the players are getting hit in that sport. Getting the balance right here has proven to be difficult, with the noise often underwhelming compared to the action. It’s still early so watch this space.

They look terrible right now but these have promise. La Liga in Spain tried it first and it looked awful, like blotchy colors on a weak background. Maybe by the time the NFL returns the league can get some of the big CGI companies onto this and have crowds that actually look like they are real people for those watching at home.

The NRL in Australia allowed fans to pay to have their cardboard cutout placed in a random spot in the stadium for at least the first 10 weeks of the season. While their quality control wasn’t ideal early on with some notorious figures slipping through the cracks, this might be my favorite fake crowd yet. The cutouts are vivid and large, plus it is always fun to spot the random pet dog or bird in the stands with their very own cutouts.

Never mind. This wins. Korean League Baseball nailed it with hoards of stuffed animals behind home plate. This is officially the best take from a terrible situation as it is impossible to not be happy seeing the tapestry of madness that the pitcher is looking at when winding up.