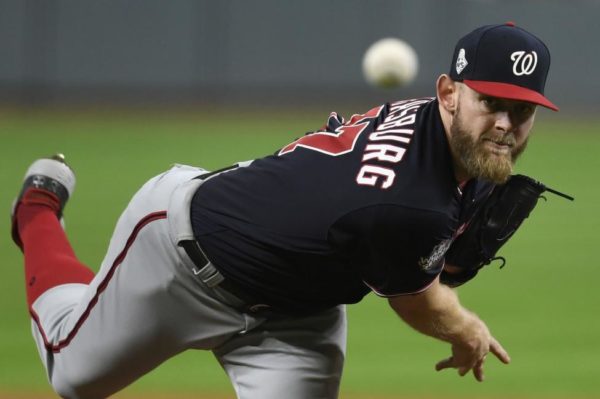 Long term planning in sports isn’t always something that pays off. There have been plenty of stories – plenty of ideas – that looked good at the time for a long-term solution but that never quite went the way fans and analysts expected.

It is much rarer, therefore, to see a long-term plan fall into place. Yet that is exactly what we saw as Steven Strasburg put in a World Series MVP performance as the Washington Nationals won their first ever World Series title in 2019.

Strasburg was a baseball phenom before he even got close to the Major Leagues. This premier player was the first pick overall in the 2009 amateur draft, a position that shows what was expected out of his career. The expectation was basically blown through the roof a year later after Strasburg struck out 14 batters in his big league debut, the most of any player starting his first game since back in 1971.

Twelve starts into his career came the unfortunate news that Strasburg needed Tommy John surgery. It is a surgery that has been perfected over the years, but it is still one that kills more careers than it saves. Strasburg seemed to be stopped on his path to stardom, and that is when things got really interesting.

The Nationals were a good team in 2012 – a team with the potential to win the World Series that the nation’s capital craved. They also had an ace on a strict pitch count that they had to adhere to in order to save his career. That is why the team that won 98 games that season pulled Strasburg out of the firing line on September 8th in a move to protect his future. Without him, the Nats fell to St. Louis in the divisional round.

It all paid off in the end.

Strasburg was immense as the premier player in baseball this October. He went 5-0 in the 2019 postseason, the first player ever to hit that number. He made six total postseason appearances, all of them Nationals wins. He threw 14 1/3 innings in the World Series giving up just four runs while striking out 14 in his starts. At times he looked unhittable, pitching with a 1.98 ERA over a total of 36 1/3 postseason innings. He became an all-time great single postseason player.

The question now becomes “Where now”? The Nats could have won the World Series in 2012, destroying Strasburg along the way. They didn’t do so, they were playing for the long run, but for the long run to really work out there needs to be more World Series Titles in the near future.  Time will tell.