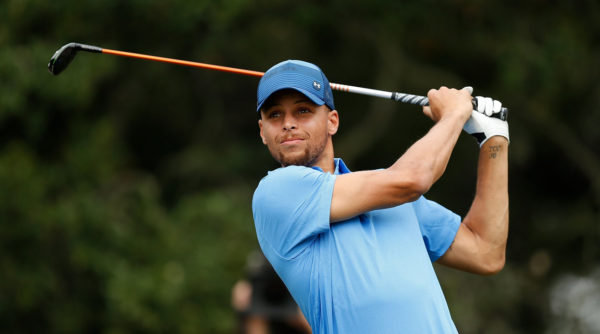 We all know that Stephen Curry is one of the premier players on a basketball court in the world. The six-time All-Star and two-time NBA MVP winner has proven he is a player who will not rest on his laurels in his quest to keep getting better.

Curry is a player known for getting back into the gym early in the offseason. He has that drive and desire that all the greats find in their genetic make-up; that will to win and the need to improve on their skill set year after year to present new problems and new issues for defenders.

The three-time NBA champion knows that at 31-years-old he must keep pushing to get better. That is how Curry went from a player who was expected, in some circles, to be nothing more than a spot-up shooter in the NBA, to a player who can win games on his own with his passing and quickness off of the dribble.

Curry, though, also picks up his inspiration and his skills around the sport in other ways. One of those ways is that this premier player of basketball also loves to challenge himself with a round of golf.

When news broke that Curry had made a seven-figure donation to Howard University to bring back golf – and Division 1 golf at that – to its sports offerings, it raised a few eyebrows. Curry attended school at Davidson before making his NBA name on the West Coast, so news of him giving money to a small college in D.C. didn’t make much sense.

Curry got the idea to restart the golf program after meeting a Howard student named Otis Ferguson who passed up on furthering his golfing career to attend Howard, a school that did not have a golf program at the time. Curry, intrigued by Ferguson and his life story, decided to bring the program back to life.

Curry played golf in high school, and fans often see him on the pro/am and celebrity golf scenes. Golf is a sport he cares about and one that has impacted his ability to be a premier player in basketball.

“Golf is a sport that has changed my life in ways that are less tangible, but just as impactful,” Curry said about the imminent donation in a press release. “It’s a discipline that challenges your mental wherewithal from patience to focus, and is impossible to truly master, so when you hear about these passionate student-athletes who have the talent but don’t have a fair shot at the game, it’s tough. I feel really honored to play a small role in the rich history of Howard University.”

This act of charity is not the first time Curry has supported others, and it will not be the last. He is making an impact in ways that people will not only remember him for his greatness on the court but his greatness as a person.