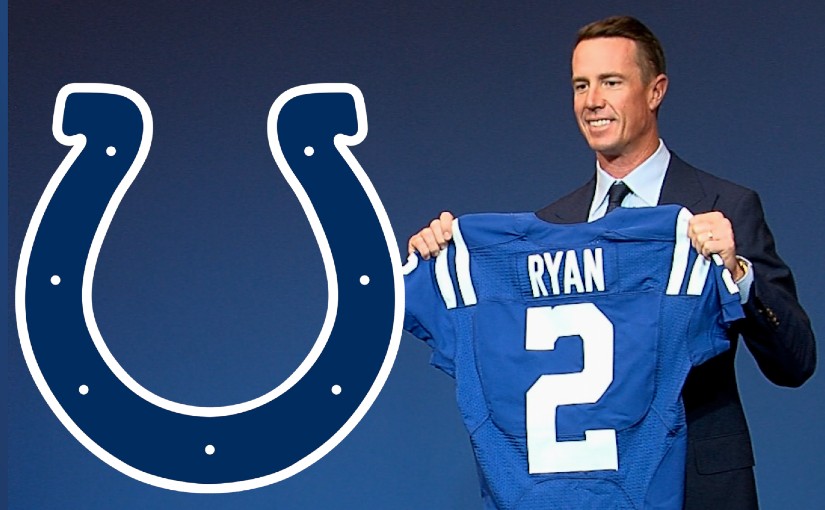 Sometimes in sports, even the best-laid plans can fall apart.

That is exactly what happened to the Atlanta Falcons when star quarterback Michael Vick got caught up in a scandal entirely of his own making. The franchise needed stability and leadership and they found both with the No. 3 overall pick of the 2008 NFL Draft when they took a gamble on a tall, skinny, intelligent kid out of Boston College named Matt Ryan.

Ryan was seen by most as the best quarterback prospect in the draft – the next QB off the board was Joe Flacco at No. 18 – but this premier player was far from a lock to be the Falcons’ choice. Atlanta won a coin toss against the Raiders for the No. 3 pick and after Jake and Chris Long went off the board it was widely assumed that running back Darren McFadden would be their choice. McFadden was pro-ready and had been a monster in the SEC at Arkansas, but the Falcons brass knew they needed a potential cornerstone to build around.

They got exactly that in Matty Ice.

This premier player spent 14 seasons in Atlanta. He started from day one, turning a team that went 4-12 in 2007 into a squad that made the playoffs with an 11-5 record in 2008. Ryan was named rookie of the year as he passed for over 3,400 yards and 16 touchdowns. Ryan was the right man at the right time for Atlanta. A player that has made others better his entire career with the likes of Julio Jones, Roddy White, and Calvin Ridley excelling with his quarterback play.

Ryan’s best year in Atlanta was in 2016. That year he was named NFL Offensive Player of the Year and NFL MVP. He passed for 4,944 yards and 38 touchdowns (to seven picks) with a 69.9% completion percentage. These are all career-high marks. The Falcons finished 11-5 that season and made it all the way to Super Bowl LI. This game will likely be Ryan’s biggest career regret after the premier player pushed the Falcons to a 28-3 lead halfway through the third quarter before the New England Patriots staged the most ridiculous of comebacks to win 34-28 in overtime.

The Falcons finished 10-6 in 2017, but that Super Bowl loss is something that Ryan and the team never seem to have recovered from fully. After four seasons with losing records, Ryan is taking his almost 60,000 yards passing and 367 career touchdowns with his to Indianapolis to look for a late-career rejuvenation and another Super Bowl run.

The Colts need Ryan may be more than he needs them. This is the team’s fifth quarterback change in as many years and last year their marriage with Carson Wentz just didn’t work. This is a young offensive set of playmakers outside of Ryan and the leadership skills he honed in his early years in that tough Atlanta environment have been on full display already during the offseason.

More than that, though, Ryan needs to be a playmaker.  Early questions over his arm strength seem to have disappeared as he has been seen making all the throws. His adaptability after 14 seasons in one city was also questioned, but Matty Ice doesn’t just have that nickname because of his play on the field. This is a player ready to attack the NFL – in a division with one bad team (Texans) and one hard to get a read on (Jaguars) – so it would take a brave man to bet against Ryan pushing his Colts into the playoff picture in 2022.