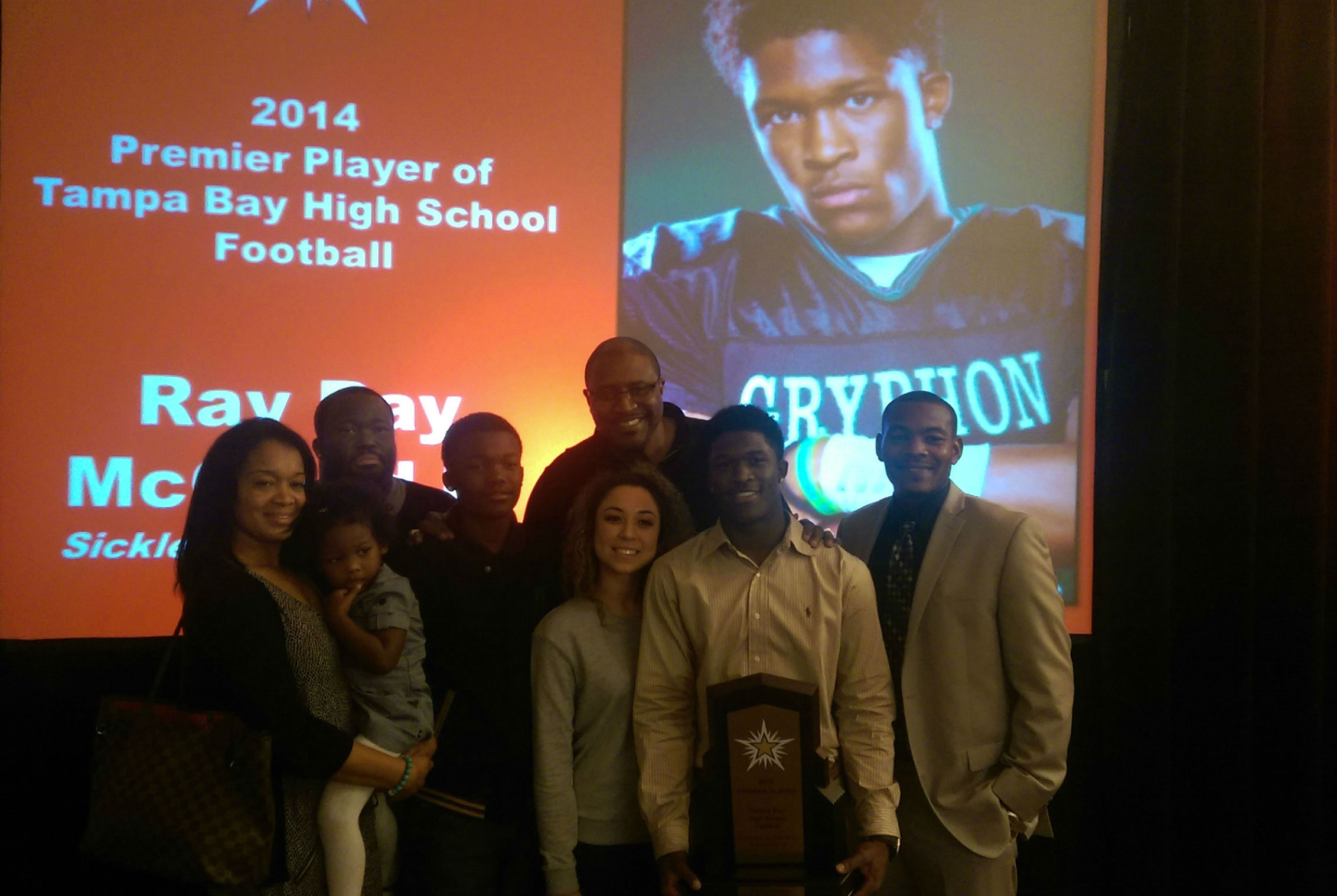 The Premier Player of High School Football Trophy is an award recognizing top athletes from Hillsborough, Pasco, Pinellas and Hernando counties.  The first poll of 20 top athletes from the area was launched November 1st, 2014, for fans to select the recipient of the award.  Ray Ray McCloud III, then a running back for Sickles Gryphons, took home the trophy and went on to play for the Clemson Tigers. 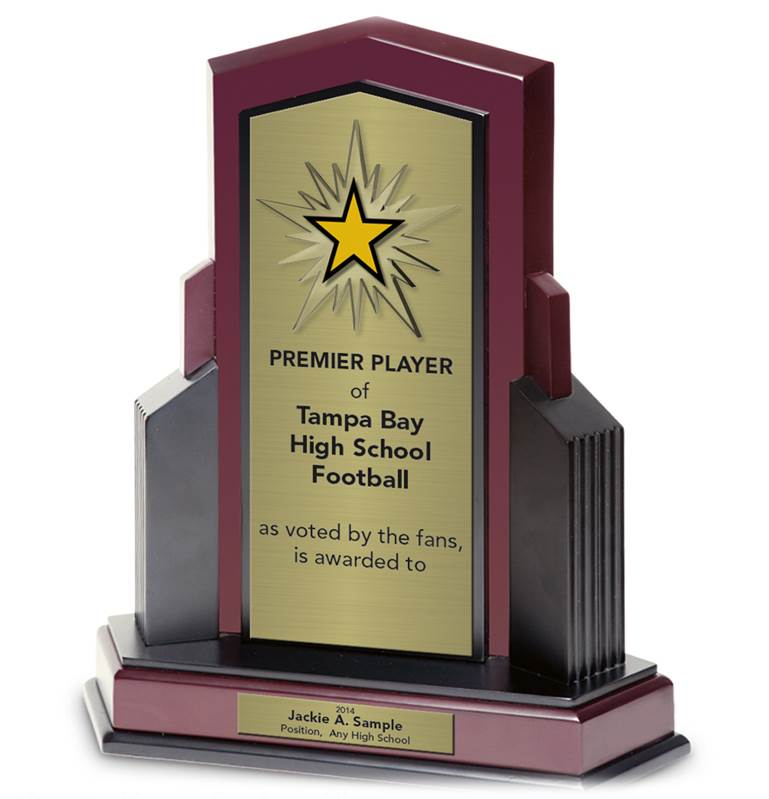 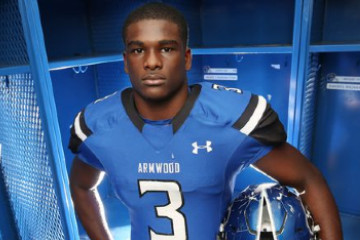 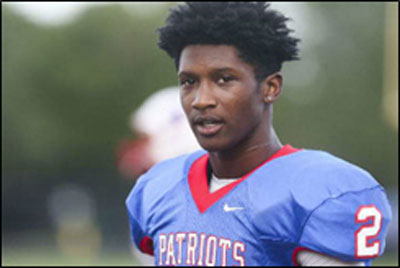 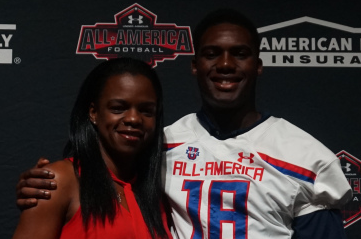 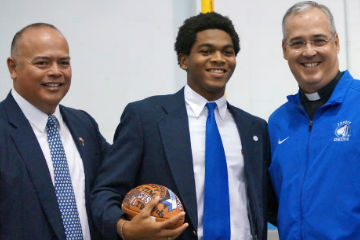 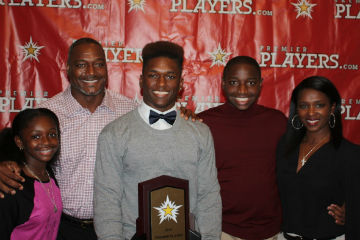 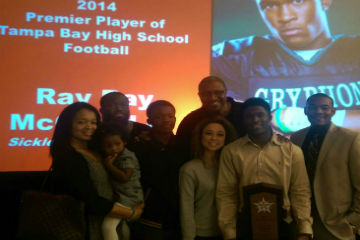 The Class of 2020 strong safety, Jalil Core, had an immense season for Armwood as the Hawks put together a 12-2 season that took them all the way to the Class 7A State Semifinals and an eventual defeat to Edgewater. Core was a difference maker for the team in the secondary, showing an ability to play both the run and the pass with ease, even against the Hawks’ toughest opponents.

Core is known for his hard hitting defensive play as he is a strong and powerful player who is never afraid to take on blockers or put a hit on a running back. He tackles with a ferocity you don’t often see in the high school game, be it a WR foolish enough to come into his zone or a QB staring into the whites of Core’s eyes as he times a blitz from the secondary, hitting is fun for Core and it shows when you watch him play.

He plays with contact and leverage in mind, which is why you never see Core moving backwards at the point of contact. His ability to keep his legs moving through the tackle is one of the reasons that he has become such a feared defender in the Hawks system and why he’s attracting more attention by the day at the college level after an almost immaculate senior season for Armwood.

In over half of the Hawks games this season their opponent was held to a field goal or less. Only Chamberlain, North Gwinnett (in double OT) and Edgewater were able to score more than 10 points against a defense anchored by Core crushing anything that came his was in the secondary. The 5-foot-11, 205-pounder finished the season with 75 tackles, four picks, two forced fumbles, and one fumble recovery as he ticked every box a coach would want to see in a strong safety.

The Premier Player of Tampa Bay high School Football award was claimed by a junior in 2018.  Lawrence Toafili took home the honors for leading the Pinellas Park Patriots to its first 10-0 regular season in school history with a ground game that was destructive, dominant, and a threat to score every time the Patriots had the ball on offense.

During the regular season the Patriots averaged 47 points per game and averaged over 314 yards on the ground.  Toafili was the key to this attack, using his combination of speed and strength to rush for over 1,300 yards and 16 touchdowns on the season.

The four-star recruit has interest from every area school, along with Big Ten powerhouses such as Ohio State, with the 5-foot-10, 169-pounder being seen by these schools as a potential game breaking threat from anywhere on the field.  This will only increase with a college strength and conditioning program pushing the football mad Toafili to reach his goals.

Before that though, high school defenses in the area will again have to deal with the Patriots star next year as he tries to make his senior season even more devastating than his outstanding junior campaign.

The eternal question when it comes to offensive line play is how do you grade a player in isolation. An offensive line is a group of five tight-knit players that don’t really compile measurable stats that you can use to base performances on. As a result it is often the case that a good offensive lineman struggles to stand out unless he is truly dominant.

In 2017, Nicholas Petit-Frere was beyond dominant.

There is a reason that Petit-Frere is ranked by some recruiting services as the No. 1 player in the country at his position. The 6-foot-6, 272-pound left tackle is absurdly athletic for his size and he has already shown the ability to put his athletic traits to work on the football field.

Petit-Frere is that offensive tackle that defensive ends just hate playing against. With most tackles you can either bull rush them – trying to push directly through to the quarterback – or you can try to use a spin move or some other finesse attack to get the tackle off balance on blow by. Petit-Frere showed in 2017 that he has the skills to stop all types of pass rushers as he is simply too strong for the bull rush to be effective and he has the footwork and quickness to combat any alternative method to get to the quarterback.

The Berkeley Prep Buccaneers may have finished just 5-4 this season, but their win total would have been dramatically impacted if Petit-Frere had not played in those games. There were times when the big tackle seemed to be locking down two and even three defenders on his own, giving time for his quarterback and running backs to do their thing and pick up yards.

While the season may not have resulted in the win total that Petit-Frere would have liked, it was still a notable year where the big senior stood out from the local crowd, as well as the crowd of offensive tackles around the country.

To say that Malik Davis has had quite the high school career is probably something of an understatement. At Jesuit High School in Tampa, Florida, Davis has rushed for so many yards over the course of his four years career that the measurement we use to judge the distance travelled by running backs almost seems worthless. So, while it is worth noting that Davis has rushed for an astonishing 7,029 rushing yards over his four year high school career, we are going to move up a level.

As a high school running back Malik Davis rushed for just a shade under four miles.

The numbers here are just off the charts. Davis rushed for 495 yards as a freshman on 79 carries in limited action. Even in his first year of high school it was obvious that Davis was a special talent as he averaged 6.3 yards per rush. Understandably a decision was made before the start of his sophomore season to feed Davis the ball and the running back responded by getting better year after year.

As a sophomore Davis went for 1,728 yards at an average of 6.9 yards per carry and scored 18 rushing touchdowns. As a junior those numbers improved to 2,337 yards rushing at 8.1 yards per carry and 28 rushing touchdowns. Most would set those numbers as a junior and plateau, it is after all almost impossible to rush for more than 8.1 yards as an average for an entire season. Davis though dedicated himself to getting bigger, faster, and stronger and the work in the weight room, along with getting smarter about the game on the field, paid off.

In his senior season Davis rushed for an astonishing 2,469 yards at a mind blowing 11.5 yard per carry average. He scored 33 rushing touchdowns, and half way through the year he set a new record for rushing yards in a career for a Hillsborough County player as he broken the mark of 5,765 yards set by Ray Ray McCloud at the end of the 2014 season. That Davis was able to put almost 1,300 yards between him and McColud shows what an incredible second half of the year he had.

Davis now moves on to the University of Florida, looking to be as effective a weapon for the Gators as he was for Jesuit for the last four seasons.

Decalon Brooks may have the family name, but this member of the Brooks clan forged his own legacy in the state of Florida in 2015.  Decalon, son of NFL Hall of Famer Derrick Brooks, had an outstanding junior season at inside linebacker for the Gaither Cowboys.  Brooks made 114 tackles, 12 tackles for a loss and had five sacks while always being the target of the opposition game plan.  The result is that with still a year to go until a college decision has to be made, Brooks has the scholarship offers piling up.

Brooks’ main asset is his playmaking ability.  He does all the things you would expect of a middle linebacker at the prep level, but then he will flash something unexpected that shifts to momentum in favor of his team.  He also has the asset of being at his best when under pressure, an aspect of the game that is not coachable and that is often overlooked when aspiring to greatness.  Brooks has all the focus you would expect of a player with NFL blood running through his veins and he is picking up the right coaching and the correct mindset to transfer his game from Fridays to Saturdays with minimal added effort.

At 5-feet-10 and 190 pounds Brooks is still growing.  His 4.55 40-yard dash time is outstanding for a player of his age and is something that scouts are looking to see. Linebackers in both college and the pros have to be able to run from sideline to sideline and cover slot receivers in the pass happy football world of 2015 and that is something Brooks’ athleticism and intelligence allows him to do at a very high level.

If Decalon continues to play and improve at the level he has to this point then following in the family employment line may become more than just a dream.

On Dec. 10, 2014, fans voted Ray Ray McCloud III as the first recipient of The Premier Player of High School Football Trophy.  The star running back for the Sickles Gryphons had 1,933 rushing yards and 17 touchdowns as a senior year.  McCloud also set county records with 5,765 rushing yards and 58 total touchdowns in his career.

Coached by Brian Turner, McCloud also earned the Guy Toph Award as best player in Hillsborough County as a senior an all-state selection.   He will continue his football career at Clemson University.