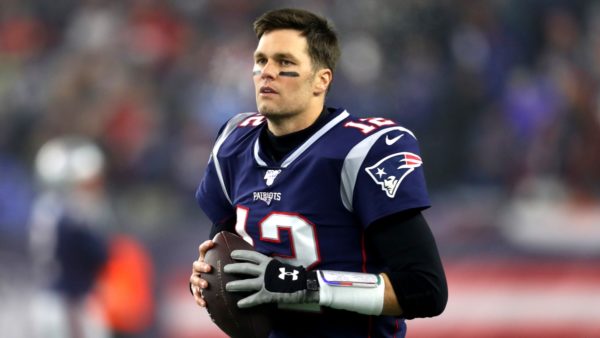 It is pretty obvious that Tom Brady is a premier player. He might even be the greatest player in his position – or any position for that matter – in the history of the NFL, but that is a debate for another day.  What we know right now is that this premier player is coming off of a season where – after a monster start – he started to show signs of decline.   With that in mind, and with Brady testing the free agent market for the first time in his career, we have to look at the possibility that the Brady/Belichick combination that created a dynasty in New England as a premier player and a premier coach, could have already reached its end.

The future comes fast at the back of a career.  That Brady was still playing lights-out football in his forties is a compliment to everything the 42-year-old has done to extend his playing career.  If there is one thing we know about Brady, it’s his ultimate competitor streak that the greatest athletes all have and, as such, he will not want his 2019 season to be the one that defines his legacy.  This is a premier player doing what premier players do; they don’t go out like that.

When looking at the future for Brady it is important to look at the mitigating factors that made last season such a mess.  His wide receiver corps was never consistent as it was blitzed by injuries and drama all season long.  Those players that were catching balls from Brady were players who, by and large, he had no history with and they were unable to connect consistently.  Add in an offensive line that was among the worst the Pats have had in a decade and the reasons quickly mount as to why Brady wasn’t Brady last season.

Odds are Brady will be in New England next year. The Pats have the cap space to keep their legend in town and build something a little more competitive around him.  There are options that Brady could chase and there are players out there that the team could bring in, but can you really see Brady wearing the powder blue of the Chargers or the red and gold of San Francisco?

Peyton Manning – Brady’s longtime rival – left the Colts and found a Super Bowl in Denver. Could this premier player do the same for a different franchise and get yet another leg up in their head-to-head battle to be classed as the best of their generation?

For now there are so many more questions than answers, but with Tom Brady – even at 42 – whichever team he suits up for will feel like they have a chance of winning the Super Bowl when the season kicks off.  That is just what premiers players do.