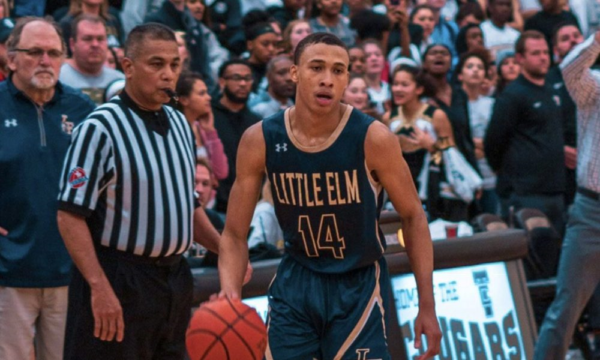 For the premier players looking to take their basketball careers to the next level, the path has always been pretty clearly defined.

Starting out shooting hoops with dad, a player would then slip into the junior ranks and play ball in local gyms and leagues. Next would come a jump to AAU and high school ball, with a player showcasing his skill set in tournaments at the regional, and even national, level to get scouted by college programs. Next would come a scholarship offer, and a player would decide to play anywhere between one and four years in college depending on skill level and ability to make a move to the NBA.

The one-and-done rule has always been a controversial one. It is a rule that some college coaches took to immediately, with John Calipari at Kentucky being the obvious example. Coach Cal deliberately goes after players who need just a single year of seasoning before entering the NBA, gambling that he can teach enough fundamentals and teamwork into what can primarily be seen as a bunch of one-year mercenaries to make Kentucky competitive every year. In fairness to Coach Cal, it works.

The threat to the college game was initially thought to be through the NBA. That is one of the reasons why this rule was adopted in the first place. We never got to see the likes of LeBron James or Kobe Bryant tear up the courts in college because they jumped ahead one level and went straight into the league.

For players of their skill, it was a beautiful thing. They were able to adapt to the game and now sit as two of the top 25 players that have ever played the game. For every LeBron and Kobe, however, countless other players made the mistake of trying to jump immediately to the NBA, only to see their careers fade out quicker than they would have with college seasoning.
College is not for everyone. This is especially true for a college athlete who has to balance studying with the demands of their sport. Top level college basketball is a grueling concept, with players traveling all over the country (and sometimes outside of it) to play in games, while still having to practice and maintain their lives.

That is why players are looking for other options. The latest player to do something a little different is Texas native RJ Hampton. Hampton is one of the premier players in the nation. He is the fifth-ranked prospect in the class of 2019, and until recently he had been expected to sign for Kansas, Memphis or Texas Tech. Instead, Hampton will spend 2019 playing for the New Zealand Breakers of the National Basketball League of Australia.
It is a fascinating decision for an 18-year-old to make. Hampton wants to follow in the steps of Luka Doncic, a player who was a professional at 14-years-old in Spain and who entered the NBA ready to compete at professional speed.

NBA Commissioner Adam Silver has already taken note of this trend. He wants the premier players to stay in America, and he is looking at ending the one-and-done rule by the 2022 draft to make this happen.  The big question is where does this leave the NCAA?

By opening the league up again, it is likely that we will never see the likes of a Zion Williamson, for example, playing in college. We want to see the premier players playing in college because college basketball is both a tradition and a fun sport to watch. Short of paying players, it is hard to see what the NCAA would do, but let’s hope that the game is not negatively impacted by players choosing other routes to their NBA dreams.